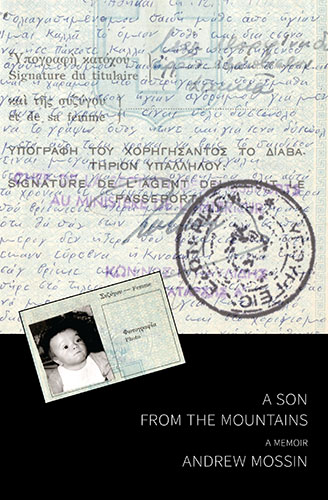 A Son From The Mountains

Andrew Mossin gives us a book that speaks with startling candor about international adoption. His own placement, from a mountainous Greek village of the late 1950s to the rapidly urbanizing American East Coast, set not only his own future on an unforeseen track but also the lives of his first mother and of his adoptive parents—trajectories of migration that do not ever converge again but that have, nonetheless, left deep, intersecting traces. Small nodes of contact, original documents, yellowing pictures, and heartfelt letters traverse lands and oceans but never deliver the closeness that a first mother wanted but could not give and that a new mother never allowed to take root. Mossin proves that, for many postwar intercountry adoptees, an unnecessary uprooting or adoption has come to mean a lifetime of adapting. Many will recognize part of their own stories in his, but few of us have found the poignant words and images in which to describe the never-ending journey.

Andrew Mossin has given us an intense and self-possessed memoir of the bifurcated mother—distant and lost, present and also lost—an eloquent narrative of exile, interior exile and a family, exploded from within. This adoption memoir is both a documentary and a riveting account of possession, dispossession, abjection and rejection, discovery and loss.

How does one tell a tale of childhood abandonments, abuses, a mother’s alcoholism and suicide, and layers of loss too many to count? How does one survive such a childhood? In Andrew Mossin’s remarkable memoir A Son from the Mountains, the surviving seems inextricably intertwined with the telling. In prose as finely and delicately crafted as the paper and glue kites he builds as a little boy during yet another period of parental desertion, Mossin offers a harrowing narrative that, despite everything, is tender and gentled in its search for love. Indeed, there is a quiet compassion throughout the telling—compassion for the little boy he was, but no less for all the other “lost people” of his world.  This is a brave and beautiful book; read it and you will feel it take flight in your heart.

Rachel Tzvia Back, poet and translator, author of What Use is Poetry, the Poet is Asking

Two broken families, fractured lives, prose that often reads like poetry and a deep understanding of what it feels like to be an adopted child, who experiences a complicated world beyond his control and of which he never really feels a part. This is Andrew Mossin’s heartbreaking memoir, an adoption story that is raw, revealing and painful, about the presence of someone he never knew and the struggle to find his place with the parents who raised him. Although every adoptee’s story and journey can widely vary, there are some constant refrains and some universal themes: Who am I? Where do I belong? Will I ever feel that I do? Without judgment or complaint, Mossin takes you on his journey, brings you into his world, and lets you experience it as he did. It is without sentimentality, but it is with an enormous amount of heart and honesty that he lays his young life bare. You feel for the child that he was and walk away wishing the story would continue so that his readers could know, after the challenges he faced as a youngster, how he prevailed and made his life the success that it is today.

How do any of us survive being relinquished and adopted, even in the best of situations? Andrew Mossin documents in this memoir the experiences of living within a broken and dysfunctional family that was ill prepared to raise a child.  In so doing, he draws attention to the difficult integration of identity that any adoptee faces as they come to grips with the circumstances that led to their adoption and the family histories that arose as a result. I’m in awe that Mossin has not only been able to tell his heartbreaking story but done so in ways that suggest the arc of a lifelong effort to rise above the claims of his own birth story and childhood. A Son from the Mountains provides important testament to the healing process through which Mossin has empowered himself to write and share, to shift the shame of surviving to the agency of honoring what one has lived. 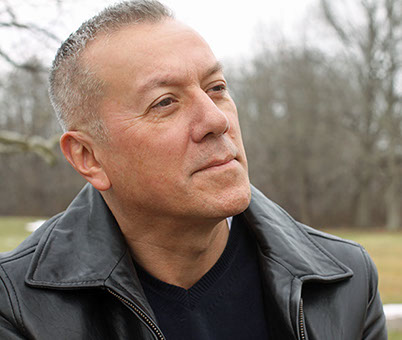 Andrew Mossin completed his B.A. in English at Hampshire College and moved to New York City shortly afterward.  Living on the Upper West Side of Manhattan, he got his first job as a salesclerk at the recently opened Shakespeare & Co. at 81st and Broadway, after which he worked in arts service organizations in the city (Poets & Writers, The Council of Literary Magazines and Presses) and served under the late Jason Shinder as Managing Director of The Writer’s Voice of the West Side YMCA. In 1989, he moved to Philadelphia, where over the next decade he would complete his M.A. in Creative Writing and Ph.D. in English at Temple University. Mossin is currently an Associate Professor in the Intellectual Heritage Program at Temple University and a visiting faculty member in the Language & Thinking Program at Bard College. He lives in Doylestown, PA with his wife, Monica Jacobe.