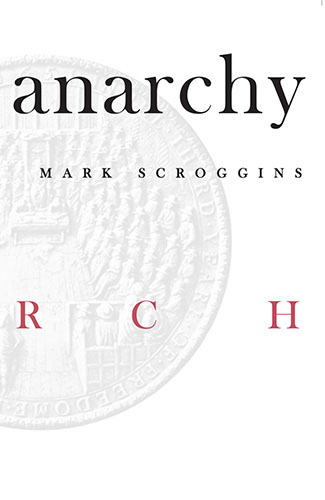 Scroggins is the best known critic, and now also the biographer, of Louis Zukofsky. While this first volume of poems shows some affinities with Zukofsky, its attention to Cromwell, Ruskin, and Charles I's apocryphal "Eikon Basilike" also locates it somewhere between Susan Howe in The Noncomfomist's Memorial and the recent work of Geoffrey Hill, if one can imagine either one of these poets also taking an interest in Johnny Rotten and the Sex Pistols.

What does the London punk rock scene of the 1970s have to do with the bloody religious turmoil of seventeenth-century England? And why do "the occult connections between Munster antinomianism / and Johnny Rotten" so concern a young American poet and cittern player (originally from Tennessee) who also happens to be one of the world's leading authorities on Louis Zukofsky? In Mark Scroggins' Anarchy (cf. Paradise Lost II. 959-967 and the Sex Pistols), "Baalim / and Peorim smash a thousand / Telecasters and Marshall amps." Scroggins ransacks British history to give us "words for a t-shirt / traced white / on black"... and so much more.

Like a kaleidoscope ("a pretty seeing") that offers a new snowflake symmetry with every jiggle, these poems of Mark Scroggins teach us that chaos is a restless order livelier than order itself.  These poems are annotations about the insults, both spiritual and physical, that have terrorized history from Sodom to the Twin Towers. 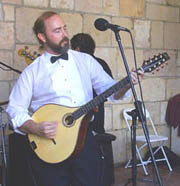 Mark Scroggins is a poet, biographer, and literary critic. His graduate degrees in creative writing and literature were from Cornell University. He is the author of Louis Zukofsky and the Poetry of Knowledge and a critical biography of Zukofsy. His first full-length collection of poems, Anarchy, appeared in 2003. He has served as editor of Epoch magazine and the Diaeresis Chapbook Series of new poetry, and has an ongoing interest in poets whose writing reflects an active reconception of the modernist and late modernist tradition in verse and prose. He has published poetry and poetry reviews in a wide range of venues, including the journals Epoch, Parnassus, To, American Letters & Commentary; and Facture, as well as the anthology The Gertrude Stein Awards In Innovative American Poetry.