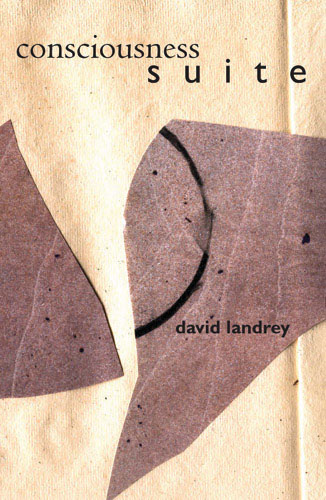 I have no technical knowledge about Consciousness, and even within my grasp, the unread books in my library still outnumber those read (and publications on the subject are multiplying). In any event, neuroscientists, philosophers, psychologists, and others from many fields have speculated so diversely and differed so widely, producing whole galaxies of thought —especially in the last decade or so—that I couldn’t dream of doing some sort of summary or representation of all of the work. Nor was such a project ever part of my notions—far from it. Rather, on one illuminating day in 1998, I culled from a pile of accumulated articles two from the New York Times: [1] “The Conscious Mind is Still Baffling to Experts of All Stripes,” by Sandra Blakeslee (April 16, 1996) and [2] “Wondering How the World Will End? Some Mordant Thoughts from Physics,” by Malcolm W. Browne (July 14, 1998). Thoughts of the eventual end of everything swirled together with a poignant sense of the end of all I—or anyone—had assembled in the way of a mind. So I wrote, “Decades of consciousness/or at least memory tissues/electrochemical compilations/complex skeins wafting… .”

I have likewise not been careful scientifically to separate “consciousness” from “mind.” These metaphorical designations, though themselves almost poetical, nevertheless demand separation, and I was blessed early on to discover Antonio Damasio’s The Feeling of What Happens: Body and Emotion in the Making of Consciousness, a work of fine science and of art at once, wherein such distinctions are made clearly. While reading other books or articles on Consciousness and Mind and gradually producing these poems, I returned repeatedly to Damasio’s electric presentations—and with gratitude.

So in the way of poetical discovery, all these new works blended with years of speculation and study and observation, resulting in what you have in hand. It’s a small compilation, but I rest in the happy prospect there is more to come, should time allow. What a wondrous cosmos we inhabit!

David Landrey spent 38 years teaching literature, 35 of them at Buffalo State College, where he was afforded the freedom to develop courses in American Postmodern Poets and thus to educate himself about what has been most interesting in letters in our time. He studied briefly with Charles Olson at SUNY Buffalo and feels blessed to have met and worked with so many exciting poets, known and unknown. The co-editor of *Drawing From Life: A Selection of Joel Oppenheimer’s Work From the Village Voice* and of Oppenheimer’s *Poetry: The Ecology of the Soul*, he is the author of *Intermezzi to Divorce Poems and Dinner Table Scenes*. *Divorce Poems and Dinner Table Scenes* continue to develop. He has recently had essays published on William Bronk (in a collection from Talisman House) and on Robert Creeley and Joel Oppenheimer (in *The World in Time and Space: Towards a History of Innovative American Poetry in Our Time from Talisman House).