The great Kenneth Koch once wrote an imaginary anthology titled Some South American Poets, even though most of them didn’t sound (intentionally or not) very much like actual South American poets. But in the first two-thirds of Cosmic Weather Anthony Seidman has unearthed a lost book that could only have been written by an eccentric, forgotten poet of some far province of the Spanish-speaking Americas. A poet from the mid-20th century, it seems most likely to me (the poet happens to be male), who is looking far forward, thinking of himself en inglés, en la era final del mundo. As one of our most sensationally gifted translators from the Spanish, it has fallen to Seidman to channel this lost Maestro, who is, in the current case, apparently himself, in decidedly unfashionable paradox (the great poetry of the provinces, as Borges said, must be unfashionable, lest it totally wither in the metropole). And I have said “the first two-thirds” of the book, because the last third of it, a sequence of disturbingly uncanny prose poems, is clearly channeled from the ghost of a white kid in southern California, cursed by the gods to gaze down, from inside some kind of Pop panopticon, at the entire Baja on fire. And from a flying ’59 Cadillac, with giant tail-fin-wings, sharp as knives.

When I despair over the deluge of stale poetry blemishing consciousness today, I reach for an Anthony Seidman volume.  When I have guests & wish to illustrate what a fine poem looks/sounds like, I reach for an Anthony Seidman volume.  It’s a reflex I enjoy repeating because it nourishes, sustains, . . . restores.  The world becomes more colorful, more vibrant, more enriched with the bristle of pigment searing from his linguistic brush.  Cosmic Weather comes at the right time, —I need it! 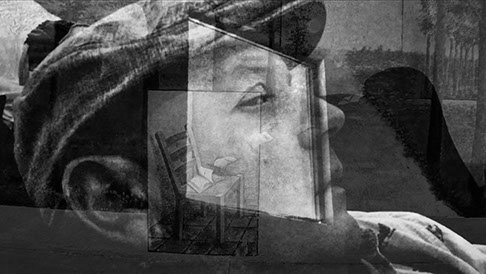 Anthony Seidman is a poet and translator, born and raised in Los Angeles.  His collections of poetry include A Sleepless Man Sits Up In Bed (Eyewear Publishing, London, 2016) and Playing Dead: a possum poem (Business Bear Press, 2017), as well as translations A Stab in the Dark (LARB Classics, 2019) by Facundo Bernal, Smooth-Talking Dog: Poems of Roberto Castillo Udiarte (Phoneme Media, 2016), the novel For Love of the Dollar (Unnamed Press, 2016) by J.M. Servín, and Confetti-Ash: Selected Poems of Salvador Novo (Bitter Oleander Press, 2015).  He resides in the San Fernando Valley with his two children, and with his wife Nylsa Martínez, a noir fiction writer from Mexicali.