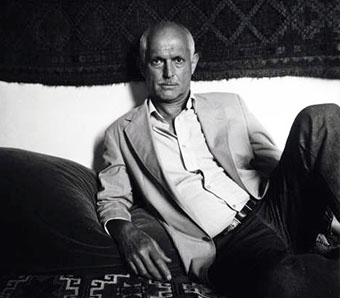 Edward Field was born in Brooklyn, New York, and grew up in Lynbrook, Long Island, New York, where he played cello in the Field Family Trio, which had a weekly radio program on WGBB Freeport. He served in World War II in the 8th Air Force as a navigator in heavy bombers, and flew 25 missions over Germany. He began writing poetry during World War II, after a Red Cross worker handed him an anthology of poetry. In 1963 his book Stand Up, Friend, With Me was awarded the prestigious Lamont Poetry Prize and was published. In 1992, he received a Lambda Award for Counting Myself Lucky, Selected Poems 1963-1992. Other honors include the Shelley Memorial Award, a Rome Prize, and an Academy Award for the documentary film To Be Alive, for which he wrote the narration. He received the Bill Whitehead Award for Lifetime Achievement from Publishing Triangle in 2005.

The Moroccan Letters of Alfred Chester