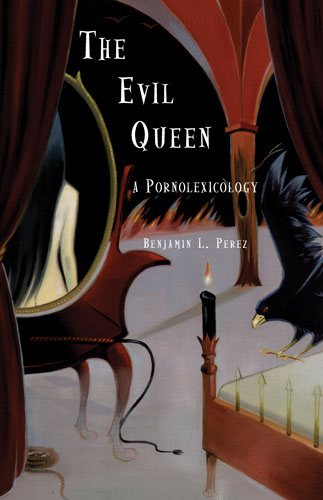 Perez's use of language is achingly beautiful and, at the same time, disgustingly vile. His willingness to delve deeply into the heart of transgressive language would undoubtedly shock even Julia Kristeva. His raw examination of the truly abject is almost as disturbing as his ability to wrestle his reader's sensibility into some vague acceptance of the notion that this horrifying abjection is part of what makes us human: a troubling notion indeed. At times I had no idea what to think of this work. It is resolutely not for the faint of heart. Perez has an uncanny ability to cut through the polite, the acceptable, and the commonplace as he takes his reader on an expedition that leads unflinchingly to the outer edge of the darkest human desires.

.....one has to admire The Evil Queen for its erudition and linguistic vitality, as well as its wittily provocative recasting of gothic conventions.

This book does indeed have roots, and the historical references in it seem like deliberately-planted clues to their identity. Benjamin Perez seems to be following in the cloven-hoofprints (the logo of the publisher of this book, Spuyten Duyvil) of an earlier American writer, Ambrose Bierce, in suggesting that words can excite and

The world presided over by the Evil Queen is a vaginal, elegantly crafted plane of existence whereupon the title character enjoys utter sexual sovereignty in her castle compound, which is as much a personality-bearing character as are such unexpected visitors as Lilith and the Wandering Jew, each of whom is found to be intimately acquainted with the title character’s sense of pageantry when they pay her a call.  In addition to a cemetery and a chamber boasting over one thousand statues of the Virgin Mary, the residence of the Evil Queen is also home to a massive spirit-infested pipe organ upon which she tortures souls of the dead with every note that she plays.  These and other amenities of the title character’s dominion Mister Perez renders in visceral detail, ensuring that by the time you reach the end of this work, you will long, as I did and still do, for that world to swallow ours (but certainly not before rolling it about upon the tongue for a bit).

Daring and very smart and full of structural thrills. It deserves much more attention than it’s gotten.

The Evil Queen is oversexed, highly intelligent and intuitive, but also a vicious and rather horrific character. Yet the book is oddly pro-female and very pro-cunt, mostly because you, the reader, are a masochistic eunuch dwarf and you worship the Evil Queen from every conceivable angle—even the angles you need a speculum to get up into.

Sacramento author Benjamin L. Perez has written a book that can only be described as a genre-buster: poetry, prose and a bit of porn. It’s definitely for adults, preferably those with some literary chops. His instructions to readers make clear that it is to be read aloud and savored like “nectar on the tongue, or a cock in the mouth.” That’s a good indication of the wordplay to come, with dollops of traditional, language and prose poetry, as well as some passages that resemble literary word salad with sexual allusions in the place of candied walnuts. Overarching all is a playful sense of humor, which notes that scores of more than 245 on a scale of psychosexual self-evaluation indicate perversion, while lower scores are indicative of repression. Which will we choose?

The accusation most frequently leveled against transgressive authors from Georges Bataille to Dennis Cooper is that their work tends to the confrontational simply to be confrontational. The validity of this claim has yet to be proven in Perez's case, though one imagines that with such skill as is displayed in The Evil Queen, and with such a demonstrated love for the theory and practice of language and writing, his future work will be that much stronger. Perez is a bright new talent worth keeping an eye on, and The Evil Queen is a promising achievement. 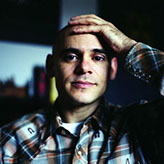