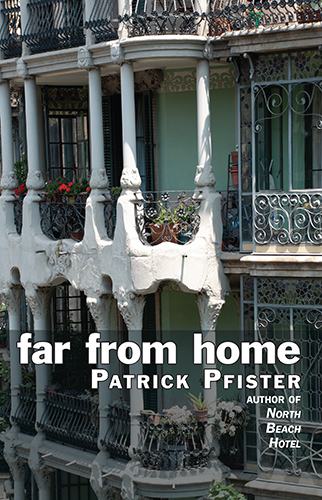 Globalization seen through the eyes of the rootless and uprooted. Immigrants, refugees, outcasts, lost souls seeking shelter in Barcelona, a city of transit and transition, a backdrop to drama and epiphany as a shifting world strips humans of belief, certainty and habitual points of reference. A Guatemalan maid cut off from kin and country, an African refugee interpreting Catholic confessions, a devout Muslim girl forced to eat during Ramadan, a vagrant hounded by street punks, an American expat under police arrest, and a terrified psychologist on night patrol in Afghanistan. Lonely and adrift, in pain and out, fighting to survive even as a longing for home is trampled upon knowing they can never return. An angel of death, a bedeviled monk, a clown without a face. Twenty parables of exile and homecoming for our chaotic, homeless times.

“Pfister has both sense and sensibility.  He also has a dry sense of humor and a fine, muscular writing style...  a novelist’s eye for fringe characters and ear for dialogue.”

“Pfister is an awfully good writer.”

“... he conveys brilliantly the exhilaration of seeking, of trying, or reaching beyond, no matter where it takes you.”

“...Pfister interweaves the mystical and the everyday... His words are honest, insightful, and very personal...”

“Pfister is really good.  Go with him.” 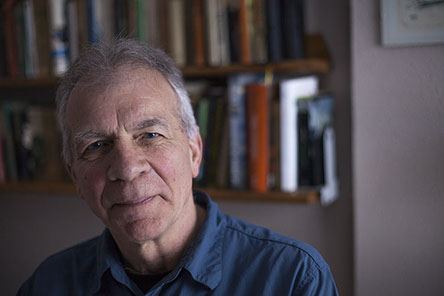 Patrick Pfister is the author of the novel, North Beach Hotel, also from Spuyten Duyvil. His short stories have appeared in numerous literary magazines, including Bellevue Literary Review and The Louisville Review.  A two-time Pushcart Prize nominee for Fiction, he is also the author of two books of travel literature: Pilgrimage: Tales from the Open Road and Over Sand & Sea, as well as a book of poetry, El Camino & Other Travel Poems. His work has been selected for several Travelers’ Tales anthologies, including Best Travel Writing 2007.  He is the writer, producer and director of the documentary film, The Stone Circle. He lives in Barcelona, Spain. His website is www.patrickpfister.com