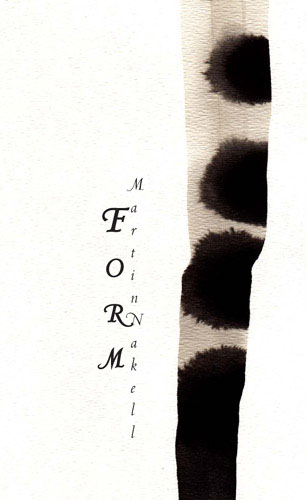 For the impalpable or impossible, he substitutes our language: "There is no such thing as a tangent to still air."

The forms that inhabit this startling and endlessly inventive book are the complex and often contradictory structures of our deepest ideas, drives, and desires. They are restless forms, constantly shifting and changing, and Martin Nakell’s brilliant, precise language charts their every movement with grace and wit. These poems are living things, and they will continue to expand as they reach each reader’s own DNA.

Martin Nakell earned a Doctorate of Arts from the State University of New York at Albany, and is Professor of Literature at Chapman University, and Visiting Professor in Creative Writing at the University of California at San Diego.