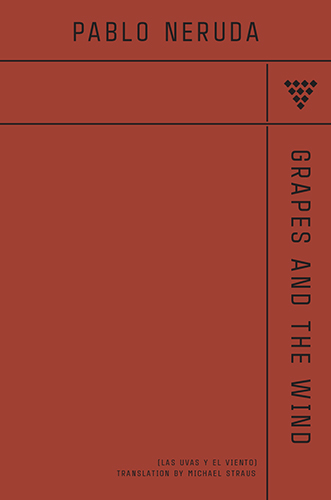 Grapes And The Wind

Like the landscape of his native Chile, Neruda’s poetry encompasses great extremes–peak and prairie, deluge and drought–all connected by a spine of unbreakable certainty. Those of us who lack the language in which Neruda traversed this demanding terrain will find in Michael Straus a sure-footed and resourceful guide. Attentive alike to the humble and the historic, Neruda’s work, in this fine version, retains all its power to move, to hold, to shock and to inspire.

Poems of travel the ultimate Neruda is found within, blown from country to country: “I went singing / wandering…” As if to wander is to sing, and the poetry this poet effected is in sum an ode to flux. Why not? The Po River sings to him. Why should he not sing in return? Bread and blood sing to him too: politics and daily life. Michael Straus’ translations of these poems bring to light Neruda’s identity as an ego obscured in the surrealism of plants, places, and people. Straus has found English that synchs with Neruda’s desire. “Prepare yourself / for peace…” With Straus’ help, we can.

Thanks to this translation of Neruda’s Las Uvas y el Viento, we English readers have been given a gift, this long song from a poet who loved our blue planet.  This is his ode to its brilliant shimmer, foibled as it is. In his Whitman-esque way, this is a different exploration than Neruda’s renowned love poems, as he takes us to each vineyard, steel mill, or sleeping city, in an almost reckless way. And with this offering our understanding of the poet’s span of perspective, including those of his politics, is deepened, as existentially expressed in its epilogue of “Yo he visto”: he has seen, heard and given it back to us. 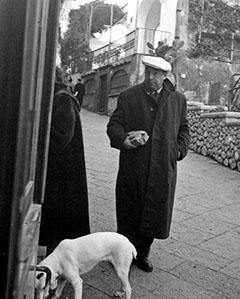 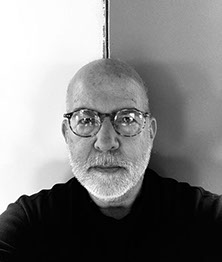 Pablo Neruda was the pen name of the Chilean poet, diplomat and politician Ricardo Reyes Basoalto (1904-73). Writing in a variety of modes including love poems and other lyrics, historical epics, political manifestos and a prose autobiography, Neruda won the Nobel Prize for Literature in 1971. He was justly called “the greatest poet of the 20th century in any language” by his fellow Nobel Prize winner the Colombian novelist Gabriel García Marquez.

Michael Straus first became acquainted with Neruda’s poetry while in high school as an exchange student in Santiago, Chile. Fluent in Spanish, he also holds graduate degrees in law and classical languages.

Dr. Helene Jf de Aguilar holds a Masters Degree in Latin-American history from NYU and a Doctorate in literature from Columbia University. A recipient of a Columbia University Faculty Fellowship, a Mellon Grant, a Woodrow Wilson Fellowship and a Fulbright Fellowship she taught a wide variety of courses, principally at Barnard College and at Columbia University, over the course of some 37 years. She has been a frequent contributor to Parnassus: Poetry in Review.

Anna Pipes is an artist who lives and works in New York.