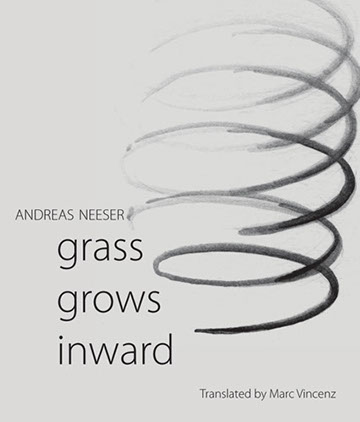 Whatever Neeser writes, it is pure poetry.

To read Andreas Neeser’s poetry is comparable with peeling an artichoke. In the end you’re left holding a heart.

Neeser plays his concentrated language game with finesse. He is a man of soft-spoken nuances.

In order to get these word landscapes to talk to you, perhaps a second look is required—if only to recognize how carefully Neeser moves towards his reality. All of a sudden, when you have given in to his world of words, have confided in his motives and symbolism, you come to the realization that rarely has someone read “life from the inside” quite so emphatically.

Meticulously, word by word, image by image, layer by layer, line by line, Andreas Neeser builds up his concise poetic landscape. He consults its assonance and equivocality, tastes them as notes on his palate. His unique vocabulary grows out of this.

Andreas Neeser is a Swiss poet and author who currently lives in Suhr near Aarau. From 2003 to 2011, he ran the Aargauer Literaturhaus in Lenzburg, Switzerland. He has won the Feldkircher Lyrikpreis (2008) and the RAI Bozen Poetry Prize of the Lyrikpreis Meran (2006). He has published numerous novels, short story and poetry collections. His latest novel is, Fliegen, bis es schneit (Haymon Verlag, 2012), his most recent poetry collection is, Die Sonne ist ein nasser Hund (Wolfbach Verlag, 2006). His latest novel is Zwischen den Wassern, (Haymon Verlag, 2014).

Hugo Suter is considered one of Switzerland’s most important contemporary artists. He was born in 1943 and grew up in Gränichen, Aargau. Today he lives in Birrwill. He has worked in many forms, including graphics, paintings and object art.