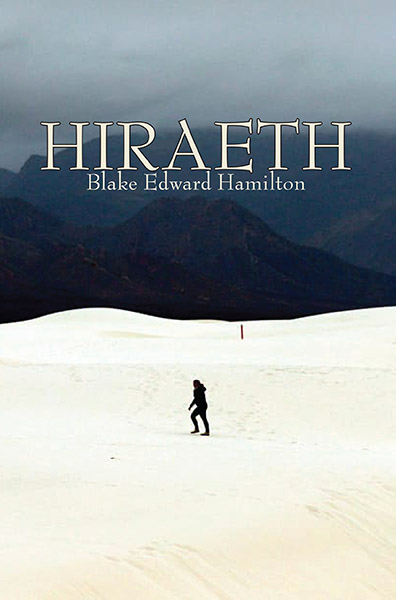 Dystopia meets Orpheus in Blake Edward Hamilton’s Hiraeth. Through near-future plots that explore a range of concepts from global warming to homelessness to familial bonding, Hamilton skillfully and seamlessly stretches our known reality to a possible scenario where reincarnation is an invitation one can accept; where feasibly anyone has previously had such an offer; where the reincarnated “come back” in seemingly the same time period they left; where human beings are still lulled by the idea of home and love but alienated from what it means. Hiraeth can join All the Birds in the Sky and An Unkindness of Ghosts in a short list of fabulist novels taking on vast, and very real, ideas.

author of How to Leave a Country

Weightlessness as novel and as fabulation of the unveiled and yet ever-veiling time in which we find ourselves. Blake Edward Hamilton has fashioned an inspiring translational poetics for our age of dissolution and anxiety, woven out of a material search for the deeper rootedness of what our mortal ends and beginnings could signify. Reading Hiraeth one is reminded of the gestalt in Octavia Butler’s Parable of the Sower: a world on the edge of disappearing into its own spatiality as the very forgetful and near irretrievability of human survival and perceptivity make their long-awaited entrance onto center stage.

author of Three Markations to Ward Her Figure

In the tradition of non-orientable novels, Hiraeth is to be experienced both from within and from orbit. Utilizing the Möbius strip, story and shape become masterfully linked to pose jagged questions while crashing characters against their shores. Told in five parts, mother and son struggle to remember/be remembered, forget/rediscover. Lost in the outskirts and outposts of American trauma, Margaret and Reese experience the full arsenal of our culture’s attempts to reign them in. Each vividly coming to life in the intense intimacy with “the other.” These telescoping journeys work as an incantation, as if an attempt to repack pandora’s box. Hiraeth is laced with the dread that comes from being so close to the culmination of obsession.

author of The Chicago Window 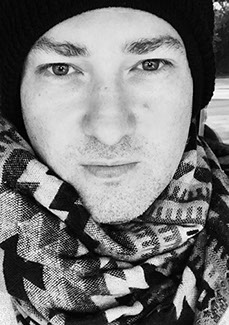 Blake Edward Hamilton holds an MFA in Creative Writing from Naropa University. His work has appeared in World Literature Today Magazine: Windmill, NPR, South Broadway Press, and Bombay Gin Literary Journal, among others. He is the author of the poetry collections, All Through Your Multiple Selves and Move In Silence.