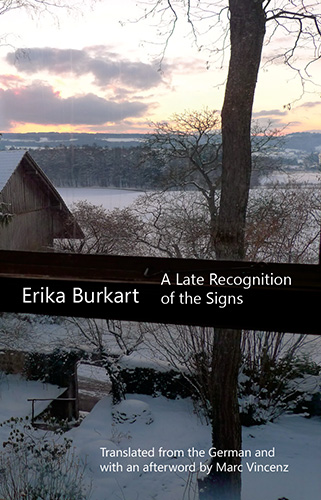 Erika Burkart is without a doubt the most unique, lyrical voice in contemporary Swiss literature.

Burkart’s poems leave behind much more than a fleeting trace in the snow. Her delicate poetic footsteps have long since inscribed themselves in the memory of nature and her readers.

Erika Burkart possessed something like a second sight. She saw people, nature, the world, with both an inner and outer vision. 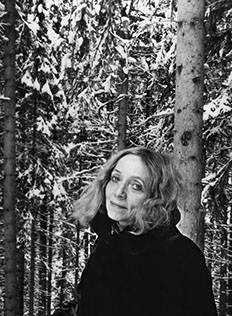 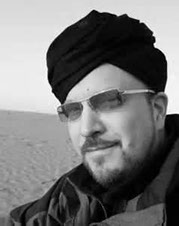 Marc Vincenz is British-Swiss, was born in Hong Kong, and has published six collections of poetry: The Propaganda Factory, or Speaking of Trees; Gods of a Ransacked Century; Mao’s Mole; Behind the Wall at the Sugar Works (a verse novel); Additional Breathing Exercises and Beautiful Rush.  He is also the translator of numerous German-language poets, including Erika Burkart, Ernst Halter, Klaus Merz, Andreas Neeser, and Alexander Xaver Gwerder. Marc is the publisher and executive editor of MadHat Press, MadHat Annual (formerly Mad Hatters’ Review) and MadHat Lit. He is Co-editor-in-Chief of Fulcrum: An Anthology of Poetry and Aesthetics, and serves on the editorial board of Open Letters Monthly. He is the founder of Evolution Arts, Inc., a non-profit organization that promotes independent presses and journals.