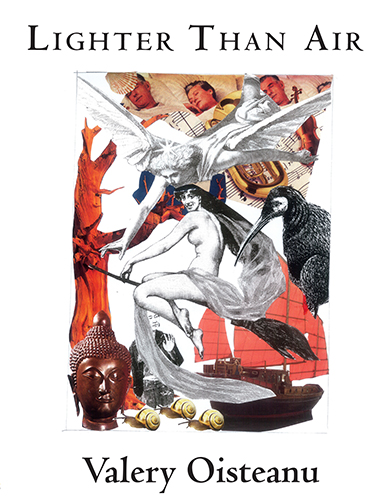 At the hand of the poet Valery Oisteanu we find a world of event and happenstance worthy of our attention. A catalog of all that happens. Art (the hardest calling) is not for the faint of heart. Or for the heartless. But for the person alive lusting to be heard. Collage is the hymn of the modern era from Braque and company to Schwitters and Hannah Hoch to Dizzy Gillespie to Stockhausen to Fluxus to DJ Kool Herc. Valery Oisteanu in his book Moons of Venus says:

These works  are that star

Haunted with the wreck of history

Valery Oisteanu’s collages are alchemical mirrors in which oneiric elements are steeped in the most delirious eroticism imaginable. Breathless as lightning, these collages are raw, uncompromising, and subversive. They summon you into a trance state in which the unexpected always triumphs over the mundane. 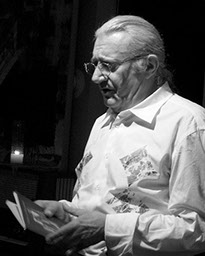 ... an artist-poet with deep roots in the avant-garde of the 20th century. His art is neither soundless nor still, but rather visual poetry with narratives in unfolding time, harmonious compositions that unite samples of memory through the histories of futurism, Dadaism and surrealism. Haunting, humorous and metaphysical, his collages communicate the inexplicable, the impossible and the sublime, exploring the subconscious domains of imagination at the edge of fantasy.

Oisteanu has exhibited his art in New York and abroad and since 1973 has produced more than 40 original collage books. His creations can be found in many international permanent collections, and he was featured in John and Joan Digby’s “The Collage Handbook,” published by Thames & Hudson in 1985, where the authors noted: "...he uses both Dadaist and surrealist techniques, such as decollage, fummage and his own version of frontage, which he calls "rubbage"…  Stimulated by media images, Oisteanu makes collages of photographic prints derived from video and television images… There is no new material to which he is not responsive and no form of collage that he has not attempted.”

Oisteanu is an internationally recognized authority on Dadaism and surrealism. He has published over 100 essays on the avant-garde (e.g., in Brooklyn Rail, artnet.com, NYARTS) and lectures on surrealism at various universities and forums in the United States and Europe (e.g., the University of Connecticut at Hartford; the Global Surrealism Symposium, Bucharest; the Dali Centenary, Figueres, Spain). Recently he participated in a roundtable forum on Hedda Sterne at the Jewish Heritage Museum in New York.

Over the years, Oisteanu has organized and documented various exhibitions featuring the art and literature of Dadaism and surrealism, both homegrown and from the historical avant-garde, including "The Romanian Contribution to Dadaism and Surrealism" at Franklin Furnace (1980) and "The Grandma Mousses of the Underground: Solid Silver Survivors Club" at Bucker & Harpsichords (1982). He has also curated five large group shows of collage and assemblage in collaboration with Jeffrey Wright in New York’s Chelsea, SoHo and East Village.

• Mail art shows in the 1970s and early '80s in New York City(club 57) and abroad, curated by Oisteanu, Buster Cleveland and Carlo Pittore

• Cover, The Plant That Changed the World, John Wilcox, USA 2014 (in collaboration with Ruth Oisteanu)