and other sources and releases them through this webpage.

First issued via free link (below) these recordings will then

be available for purchase as CD or Mp3 download.

The term Lithic Scatter refers to an archeo-paleo stone-age

site, its radius as a scattering of some central feature to that

site, such as a bowl or knapped piece of rock for tool.

The speaking voice distributes past features of literary artefact

thus enlarging the site by which it was formerly found 'useful.'

is discovered the same. 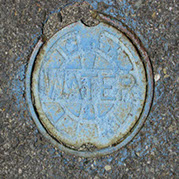