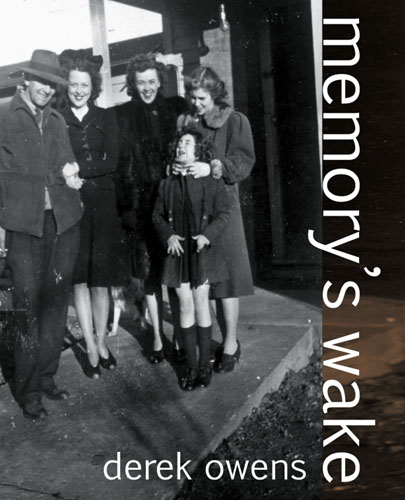 Memory's Wake is a work of experimental nonfiction consisting of memoir, family biography, regional history, photo essay, and staggered narrative. Owens's story revolves around his mother's childhood and the sensational abuse she encountered at the hands of her family during the 1930s and 40s in the Finger Lakes of New York--and how that history hibernated in her mind until sprouting forty years later as "recovered memories." The book weaves her account with General Sullivan's genocidal campaign against the Iroquois, the cult of the Publick Universal Friend, weird religious visionaries from the "burnt-over district," and secret messages hidden within walls. It is also a tale that, while presenting the awful facts of one woman's girlhood, contrasts them with the author's fairly idyllic upbringing. Memory's Wake is a testimony to one woman's fortuitous ability to stop the cycle of abuse and dehumanization she inherited--in the words of Gerald Vizenor, an act of "survivance."

Memory’s Wake is a brilliant, haunting masterpiece. Owens uncovers a tale of devastating brutality and intimate struggle with prose so inspired, so precisely, languidly beautiful it leaves you breathless. This story of one mother’s unfathomable hatred and one mother’s transcendent love is more than a personal history. Through revealing his mother’s trials and trauma Owens delivers us into the arms of our best and strangest self. The self capable of more than survival, capable of grace. Not since David Wojnarowicz’s Close to the Knives has an American writer excavated the landscape of familial, spiritual and historical wreckage with such intelligence and honesty. Memory’s Wake is a profound and deeply moving memoir, apocalyptic in the truest sense of the word.

Cara Hoffman author of So Much Pretty

Derek Owens’ Memory’s Wake is a solitary son’s journey into the forgotten burrows of New York State’s “Burnt Over District.” He uncovers an ancient American Furnace ready still, even in its twilights, to spread the upheavals of trance, hallucination, and the showers of whispers that seem to rain down out of this so often overlooked geography. He lets himself be bitten deeply by the ghost-footed noises he uncovers and the unsheltered wonders of our claimed and unclaimed ancestral broods who ignited the firestorms of prophesies, dooms, raptures, and locks of talking hair spilling their secrets into the beginning

of our twenty-first century lives.

David Matlin author of It Might Do Well With Strawberries 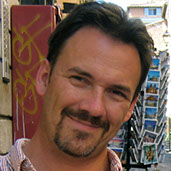 Derek Owens is the author of Resisting Writings (and the Boundaries of Composition) (Southern Methodist University Press, 1994) and Composition and Sustainability: Teaching for a Threatened Generation (NCTE Press, 2001). His lyric essays, poetry, and fiction have appeared in such journals as Seneca Review, Southampton Review, and Ecopoetics. A Vice Provost and Professor of English at St. John’s University in New York, Owens lives on Long Island with his wife and son.