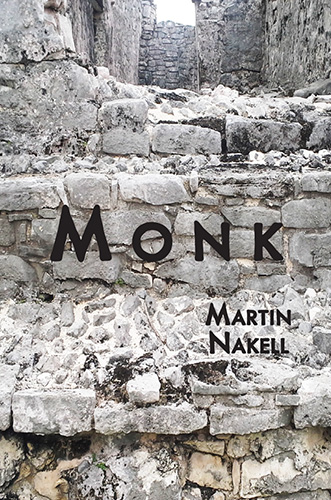 “Am I inside the poem?” asks Monk, narrator of Nakell’s new novel. Each and every gesture, every advance this questing Monk makes, involves itself in a grammar of growing awareness. Monk’s achievements may seem inconsequential to a reader outside 12th c. Asian monasteries and retreats this Monk wanders among, yet through the performances and interactivities of their inhabitants, their subjected-to status emerges as an embodiment of clearer subjectivity. Monk symbolizes commitment to a world shorn of its responsibilities by a commanding objectivity where certainty may by itself assert the final lone question: “Had I become so sick as I had become in order to nurture the idea of healing?” 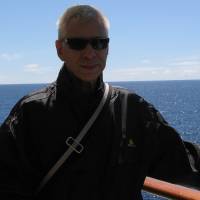 Martin Nakell is winner of the Gertrude Stein Award in Poetry for 1996–1997 and an NEA Interarts Grant; he was also a finalist for the America's Award in Fiction, 1997 (for The Library of Thomas Rivka), a finalist in the New American Poetry Series for 1999. He has held fellowships from the Fine Arts Work Center, Provincetown (poetry), from the Blue Mountain Center (fiction and screenwriting), from Writers and Books (poetry and fiction), from the State University of New York at Albany; he has received grants from the National Endowment for the Arts, from Chapman University, from the University of California. He was a panelist for the America Awards in fiction for 1998, a panelist for the Los Angeles Arts Commission in 1999, and serves on the panel of the "100 Most Important Books of the Twentieth Century" for The Encyclopedia of Twentieth Century Literature of The Contemporary Arts Educational Project, Inc. Recently, Visual Poetics, Inc., a Los Angeles film company, optioned three of his short stories (Ramon; Thomas; Monsieur B., the Irish Poet), for a film entitled A Heisenberg Trilogy.