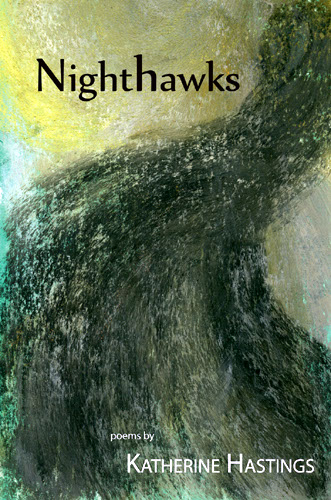 If there’s such a thing as fierce Buddhism, Katherine Hastings’ Nighthawks finds it. Here is nature in minutely observed, embroidered detail, juxtaposed with terse and stark observations keyed from Rexroth’s “holiness of the real.” Hastings is unafraid: she writes fearlessly of subjects such as the slaughter of children at an elementary school in Connecticut, the death of a young black man in a subway station, and opens a brave and unblinking lens on a lover’s cancer. In backdrop, though, always: the steadiness of nature flourishing,: brilliant colors amid the unanswered questions.                              Gerald Fleming

Rooted in what Hastings calls the “momentary forever,” these marvelous poems, so rich with detail and so full of duende, explore the paradoxes of transience. Yes, the poet reminds us: “The alarm is set and ticking” for each least thing in the living world:  “A boy made in the image of Lorca; turkey vultures…with wings like shredded violins.” Still, the “eyes of the world” (eyes of the poet!) “are always hungry…”; so the poet must read every “…tune placed in [her] beak// where the lust of one tear holds/ every note of joy, of sorrow/ trembling under the stars”. And these new poems do insist on inhabiting hard realities—a beloved’s cancer diagnosis; the public murder of an innocent young man by a police officer—but also, in “Perseid From a Park Bench,” two lovers wish on a meteor falling through the night sky, and Hastings reminds us: “We humans do this, place hope on a ball of dust passing through a comet’s tail.”

These poems capture a double exposure where earth and sky meld to map what is close and what is seemingly out of reach. Hastings’ horizon shifts from the reality of earth bound oceans to the celestial ocean where we swim in a sea of stars. Like ancient astronomers, she sees connections often missed by the casual eye.  She becomes in effect a soothsayer of stars and taps into the music of their stillness as they witness the coincidental paths we take in our lives, the stars above us “an angel apiece/burning so far out of reach”. 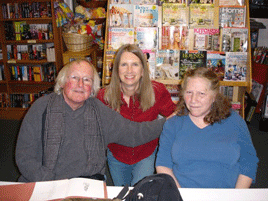 Katherine Hastings is the author of Cloud Fire (Spuyten Duyvil 2012) and several chapbooks. She is the editor of What Redwoods Know — Poems from California State Parks, which was sold as a benefit for the California State Parks Foundation.  She is the executive director of the non-profit WordTemple; host of WordTemple on NPR affiliate KRCB FM, and curator of the WordTemple Poetry Series and WordTemple Arts & Lectures in Sonoma County, CA. Hastings grew up in the Cow Hollow neighborhood of San Francisco and received her MFA in Writing from Vermont College. She lives in Sonoma County, CA.  For more information go to www.wordtemple.com and www.krcb.org/wordtemple.