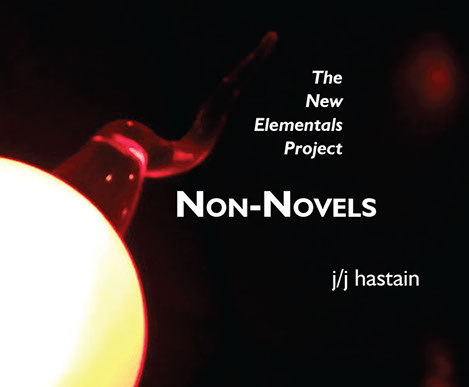 j/j hastain, in xir work, insists on everything, all at once. It is a literature that imagines a trans-identification not just beyond genders but also beyond cultures and stories and literary traditions. What comes out of this is ornate, mythic, full of vivid color, and transcendent.                   Juliana Spahr

This hybrid is truly experimental and would please Harraway in its wit, inventiveness, political astuteness. Its Non-Novel novelty seems natural. It is reoccurringly brilliant.               Lori Anderson Moseman

In hastain’s poetry, city is body is space is text that begins to resemble the ruins or makings of the city, ancient and utopian at the same time. Manifesting just how imaginary & subject to reinvention our realities are, hastain hastens to dissect what we take for habitat, existence, eros and love, that “joy dependent on /dyad,” into atomic elements. These then serve as organic blocks to reassemble the world to the artist’s own blueprint via a series of fragmentary odes as gallant as they are experimental. Such rebirth and recycling, brutal and beautiful, resist: “don’t let/ them make a museum out of us.” This is bloody, nourishing work.           Amy King

Female He and Correlational Femme Subsumed but not Stifled in an Unnamable City is a trans-book, an interstice book, a book of motion-pains and paying attention and the sacred bedevilment of material-historical being. The form of the book, like the form of the lover-beloved, (the s’object/the text-reader/the I-Thou), moves between lyric and epic; also between essay and verse. If the ghosts of Barthes, Kierkegaard, Buber, and Acker all kissed each other at once, their perplexed animate spit would be hastain, and it would write of the self made other so it could be loved too.           Anna Joy Springer

Between gender and desire, between seeing and saying, between the body and language, there opens a space of reimagination. j/j hastain’s Female He remakes a reader by and through a corporeal act; to read is to be becoming, a radical and revolutionary sentiment.                      Lidia Yuknavitch

j/j hastain feels toward ways to remember the desired past as it proliferates into the present desire, trailing violence and healing; to make a retroactive, “post-binary womb” to shelter the growing and future selves; to make a story out of flesh. Declaration, prophecy and self-generating, self-mutating myth, this “non-novel” is an oubliette so filled with shards, greenery, partial figures, secretions and cravings that it overflows forgetting and bursts into the above ground world to “[continue] the contrary body and all of its buoyant desires.”

Of hominids gaining speech, ferocious forevermore, able to forestall relentless collapse of body inwards by spooling of waking dreamworld outward bound, but as with all tool makings’ effects, the artifacts threatening to become self-referential, unitary definitional. And if soon speech happens not of its own making—as in life-brinking hominids brinking self as meal for other—the poetic drama of it—what do we call it? j/j hastain of hominid, j/j hastain post-hominem, j/j hastain excrudes carnem vociferor adds sizzling pages to the epic, a centuries long overcoming of subjugation under the brute ignorant law of oneness.       Rodrigo Toscano

Make no mistake: we force-effect the oubliette is an odd child, conceived in theory, borne from myth and poetry, raised by politics. Multilayered, complex, and highly stylized, it is a work of great fluidity, and hastain’s particular talent is allowing image and narrative to combine so that what could be confession, “this is the closest to stories that I have ever come,” emerges from childhood memories like “moths that flew around the bathroom,” only to merge with lines like “drinking from goblets full of rain,” so that such utterances as “I am in need of being held” and “do not make me suck that again” become brief, bright offerings of the soul, bared, like skin, like teeth.                                 Molly Gaudry

“What is your most cellularly accurate tribe?” Get ready to be disconcerted then soothed. “Oh how demanding it is to try to remember. To forge these replacements to forgetting while in a forgetting room. I am exhausted, I thought. But if I could devise a way to court a mosaicked bird through these relentless chiming territories, I might somehow be able to get my own heavy, stained glass wings to fly.”  With these words, j/j hastain submerges the reader in a space where to be human is to be vegetable and cyborg, where The Virgin de Guadelupe reigns, where femmes can “pierce cocks,” where a father bends and bevels glass, where “he is a monosyllabic jolt within the pronoun she”, where “trees are carnivorous,” “where caves weep and blood has no pronoun.” Get your dictionary out.. There are sixty-four words here I’ve never even heard of. Get rid of your pre-conceptions on what it is to be in human form. Toss out your notions of sentence structure and word usage. These pages bleed.           Annie Lanzillotto

j/j seeks. Slips. Moves through becoming in ways that are fraught with uncertainties while filled with desire and longing. “In a city without seasons, in a city of seams,” pronouns sink, fade, disappear, only to be found in spaces where they still wait to be found. But even if pronouns are found they cannot be named. Each pronoun can only be provisional. Even the “we” of the “I” is a provisional naming of desire.          doug rice

j/j hastain writes with an “anarchic acoustic reserve:” baroque ideas conveyed in spare, tight language whose reach is extended and deepened by joyous wordplay. In Steaming Cleave we are taken to an intimate place, at once subaquatic and intergalactic, where two “beloved lovers” share each other--and ultimately, the revelation that they are living beyond the usual end of life. Through the alchemy of language, the poet takes us into the lovers’ realm, where we too are changed. Self, body, sexuality and gender are mutable and permeable in the fluid environment of the lovers’ text/space. “We had to become the book in order to share the space of the book.” We become the lovers, and the book becomes our universe. “We are an extravagant strangeness, acquiring by way of making particles bow to their own potential futures.”                                                                                  Jay Besemer

j/j hastain’s work, Systems of Steaming Cleave, re-conceives the body, intimacy, death, and the sublime. If we follow hastain’s dead lovers as they swim and fly in some “autonomous portion of the sea,” what we find is a dissolution of binaries, an almost maniacal drive toward one another, an utter demolition of separateness itself. “A neoteric conversion.  A new way to merge.” There is something terrifying about all of that melding.  I feel as though I’m drowning in mangroves. It is a synesthete’s playground. The text as body. The body as music. “Trying to make even the contiguous foliage audible.” Impossibly beautiful and, as V.S.Ramachandran says about the synesthetic gene, “an evolutionary tactic with an agenda.” hastain’s lovers are “making the centers countless.” “Because eventually I would be a we, and we would be sewn more and more tightly together as we made new decencies.”  It is both Rumi and C.D. Wright. Luminous, elliptical, and politically destabilizing. The bodies here are trans bodies though this may have nothing at all to do with historicized gender, “our genders are our subjectivities,” but rather that the trans body is one of forever moving across, forever moving through. This is exactly the kind of thinking, writing I love. The kind of vision I need.             tc tolbert

A rogue philosophical deconstructing of ultimate consummation. Abstracted language details fascination in this meditation on sensuality where self destabilizes to deify the beloved “as an indelible site of union.” In these pages j/j hastain has constructed a vivid, Sapphic exploration of the self.

In Steaming Cleave j/j hastain reminds us that “starlight is not a line but a blended length.” The world the poet here creates is likewise what is shared between bodies, between bodies and the full liquid world around them, and what death shares with us. You will find herein a sensation akin to H.D.’s oceanic womb-mind, where every part of living and dying pulses toward enlightenment. 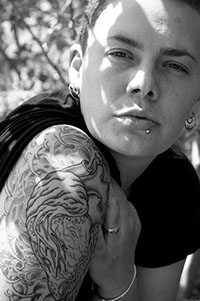