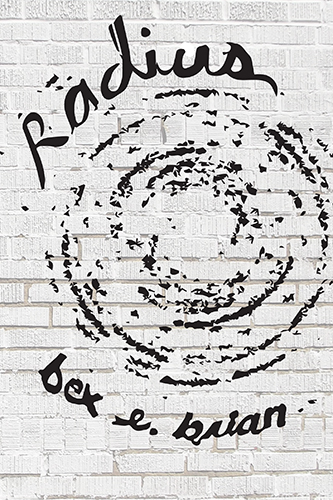 Prepare to meet one of the most fascinating narrators of the decade. Slightly alcoholic, hugely perceptive and utterly hilarious, Bex Brian has created a character so compelling, you never want to leave her side. If you met Augati Quick at a bar, you’d sit down next to her and stay put until the early dawn. Straddling the uneasy domesticism of Bohemian Montreal in the 1970’s and the anomie of expatriates in present day Abu Dhabi, Brian weaves a tale of violence and the inevitable contrails that continue to haunt lives long after the physical wounds have healed. Honestly, Radius is kind of a masterpiece.

Rebecca Johnson, author of And Sometimes Why

Bex Brian’s is a wise and world-weary voice of such youthful vigor and sharp wit, you won’t be able to put this book down. A singular achievement by a wholly original writer.

Radius’s narrator, Augati Quick, speaks to us from her uneasy, lonely and boozy exile as a faculty wife in Abu Dhabi about, well, pretty much everything, but especially about a domestic tragedy of sisters and step-sisters that climaxed one winter in Montreal 40 years before. This is one one of the most unforgettable, harrowing yet charming, dysfunctional family sagas I’ve ever read. Bex Brian’s voice is incredibly unique, so sharp, intelligent, tender, penetrating, shocking, hilarious, heart-breaking.

As a writer, Bex Brian combines the gifts of originality and unfettered intimacy to deliver uniquely compelling narratives about the human condition. In her hauntingly personal latest novel, Radius, you are right there with her, all the way through, in a story that carries the unmistakeable ring of authenticity. 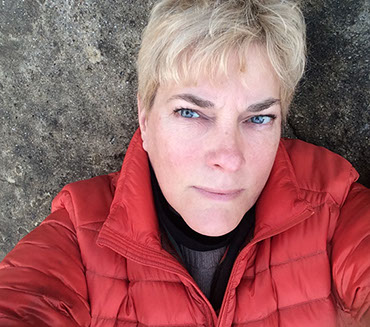 Bex Brian lives mostly in Brooklyn with her husband, the writer Charles Siebert and their dog, Olive. She‘s been scribbling around on various projects for the better part of thirty years. Radius is her second novel.