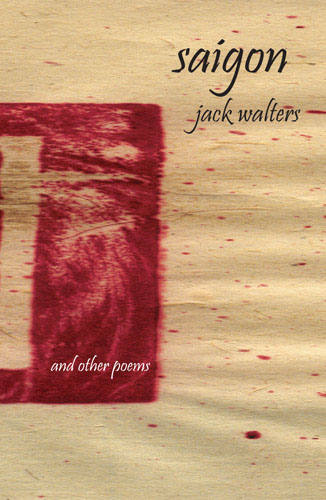 Saigon and Other Poems is the evocation of dreams, nightmares and realities more enthralling and terrible than mere states of mind. Walters takes the humdrum and the ostensibly inarticulable, and precisely communicates—makes new.

Poetry is seldom a best-seller, almost never as a first book, and these poems by Jack Walters are so original, beautiful, and breath-taking in their effect, and so profound in their scope, that I think that with this first book alone, by a man nearly in his nineties, he might be acclaimed a new and major literary talent.

...a major achievement, a book that will be remembered after all of us here now are long gone, and that's as close as any of us humans ever get to what is called immortality.

...something of Yeats, Thoreau, and Hemingway runs in his veins, a poetry wonderfilled and emotive and surpassing.  He's a real singer, better than all those college profs.  He writes with an ease and assurance very few attain, finding themes and language that hit me like stars on a clear night.

Jack Walters is a retired journalist who began his career as a copyboy on The Philadelphia Inquirer in the 1930’s and subsequently became a reporter for Armed Forces Radio during WWII, a CBS correspondent during the Murrow years, bureau chief for Radio Free Europe and The Stars and Stripes, a stringer for AP and UPI, a reporter for NBC’s “Monitor,” a producer for ABC’s “Eyewitness News,” and a teacher of journalism for the University of Minnesota, Brooklyn College, and The New School University. He lives near Goshen, NJ.