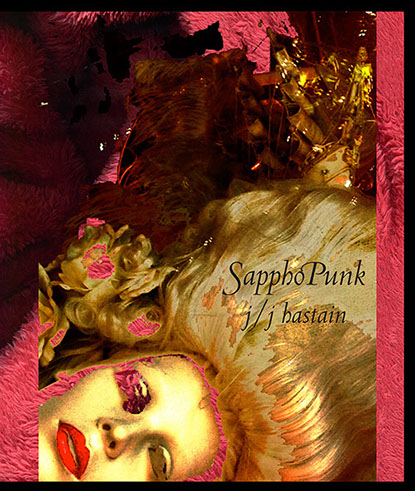 Sapphopunk is a vivid, visceral experiment in “somatic abundance,” a hybrid text blurring prose, poetry, history, and theater. Set in a sensual, imaginary academy, hastain’s text describes a teacher, S, who “conjures cooperative thrive” among her female students. Their idyllic rituals are disrupted when S encounters Phaon, an “outcast” whose gender play disturbs the initiations S orchestrates. “Can S conceive of a reason to transcend the anatomy of her academy?” asks hastain. What’s at stake here is how to value lesbian literary history built on gender binaries while simultaneously writing queer literature that interrogates those binaries. 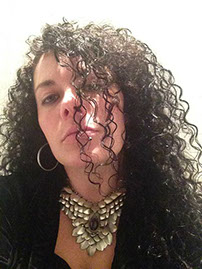 j/j hastain is the author of numerous cross-genre works: Non-Novels and prurient anarchic omnibus (Spuyten Duyvil), long past the presence of common (Say it with Stones), a womb-shaped wormhole (BlazeVox), treOOA (with Eileen Tabios/ Marsh Hawk Press). j/j is currently in the process of curating an Anthology of Queer Nudes (Knives Spoons and Forks Press, 2013) and has helped curate (and participated in) two major Trans anthologies. j/j is an Elective Affinities participant, a member of Dusie kollektiv, writes for Lit Pub and is a regular contributor to Sous Les Paves and work has appeared in a Queer-focused show at the Leslie-Lohman Annex in New York. In 2011 j/j’s book we in my Trans was nominated for the Stonewall Book Award and j/j’s book prurient anarchic omnibus was nominated for a Lambda Literary Award.