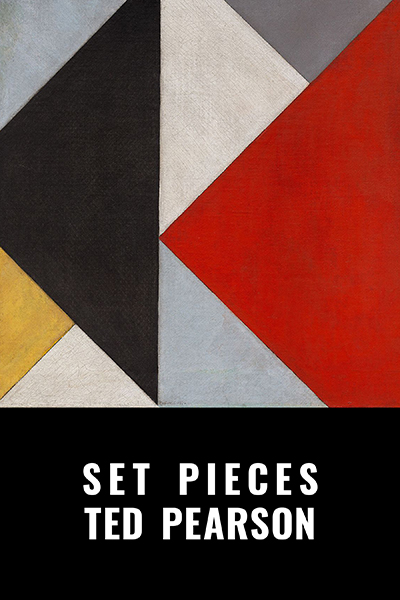 "Dead reckoning allows for drift, which accounts for our wayward/claims.” Which would explain the constant anxiety the future presents in this work. In Ted Pearson’s scalpel-like critique of the voyage, each word a careful enunciation of where the line has been, there remains the constant question of where it will go and what it will become. For just as Emily Dickinson once asked, “Is my verse alive?” so Pearson, with every word, challenges us to face down (if quietly and with grace) the dormant future. And it isn’t metaphor. Pearson is all-too-aware of the tenuous state of our condition, our art. “The music of a lifetime is slipping away.” But there’s equally a remarkable optimism in it, for what’s truly compelling about this writing is the overt insistence that if one simply takes the time to think about fundamental things, the conditions that make possible any thought, for example, then the palpable impasse of the future or matter or fugitive flesh dissolves. As he writes, “let’s clean the reality machine and process the language it offers.” Because finally: “These are the passions to/which you aspire. If you want/the heat, bring the fire.” And in reading Set Pieces, we know exactly where to find the fire.

Pearson is our border-jumping self-uninvited melodramaturg for the One subdivided by Many. “What if the effects of language were operative inside me?” (Novalis)—where Language doesn’t make you everywhere. All set, unsettled, offbeat on the beat (policing the future). What is to be undone? First, our counter-socialization vouchers need to be revalidated. Totality endlessly repeats (in newly chopped-up fantasies). So this ‘crisis pessimism’ performs a linguistic analysis—of loss of ‘Sense’ & Value. Upending melancholy, unfree radicals rubbing abstraction the wrong way, with scrupulousness as death threat to complicity.  And what are the odds on noise?—is the dealer crooked? It’s all in what’s over our head, an anti-imperial mayhem of signs & desire for the formless (which can’t be guilt-tripped). Down at the Interchangeable Vocabulary Inn, insights splatter, regroup, repeat, resplatter. Subject matters—can’t blame her. Bloodiness is Contact Improvisation. Hope is still delirium. 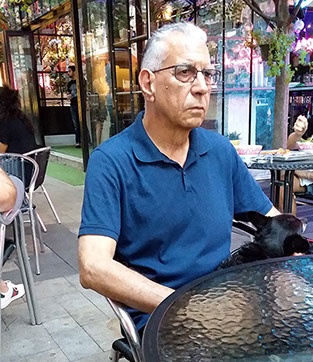 Ted Pearson was born and raised in Palo Alto, California. He began writing poetry in 1964 and subsequently attended Vandercook College of Music, Foothill College, and San Francisco State. His first book, The Grit, appeared in 1976. He has since published twenty-five books of poetry, including Extant Glyphs 1964-1980 (2014), An Intermittent Music 1975-2010 (2016) and his most recent, Last Date (2020). He also co-authored The Grand Piano, a ten-volume experiment in collective autobiography. He now lives in Houston, Texas.