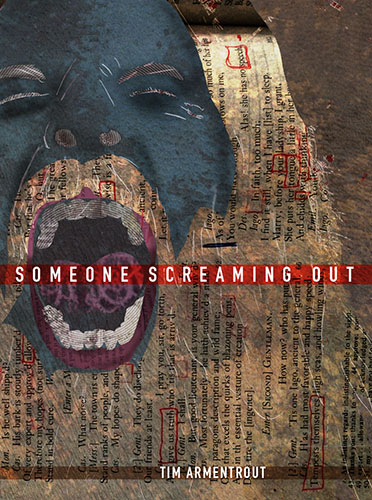 This is a manuscript of the ecstatic and reverential spirit encountering in language the energetic release of poison from the world. Armentrout takes this project on through his body. His poetics experience language in tandem with other frequencies that circulate and move through the universe, no different from electromagnetic fields that are always “there” but not really visible.

As readers of this book we are bodies moving through space and encountering words that become as integral to our being as the very cells that also, in their own way, follow the same laws. Directions locate us in time and space, but knowing how the compass points align with our actual position in space is one of the great unseen forces that moves like words not visible until they are spoken or written, into the landscape we also move through.

The work celebrates the four directions as rituals in which Armentrout observes what is invisible. In this way the composition of the poems is like putting powdered sugar on a spider web, revealing what is present in the four directions.

Words are invisible forces that locate what is unseen, marked by language and moving as sounds against the backdrop of waves come into patterns. Those patterns move the emotional intensity, the strong purpose, of this book.

Kristin Prevallet, author of  I, Afterlife: Essay in Mourning Time

In Tim Armentrout’s debut collection Someone Screaming Out, he seduces his readers into pure madness and inexplicable dumbshow as “our naked frailities expose us” and we “howl like syllable blisters” in a lyric topography that honors suffering, blood, and judgment, while love imagines and virtue plagues the faceless narrator whose desperate providence reigns like a promised kingdom. Let your wounds bleed forgiveness, and your tombs overturn for this richly detailed erasure from a writer whose work deserves immediate embrace from the unknowing world.

The erasure of Shakespeare is a daring act requiring the precision of the best of surgeons.  Armentrout has become that surgeon.  He has left the magic bits of Shakespeare’s tragedies, the cultural consciousness, while slicing out, with exactitude, dramatic literary excess. This has left us the essence and a new essence, a new way to ponder that collective.

In Someone Screaming Out, poet Tim Armentrout acts as both explorer and cartographer, navigating an idiosyncratic path through Shakespeare’s greatest tragedies and mapping an emotional landscape that is both familiar and disorienting. Through his erasures, Armentrout reminds us these words aren’t Shakespeare’s but ours—and he hands them back to us imbued with mystery and urgency.

Doug Van Gundy, author of A Life Above Water 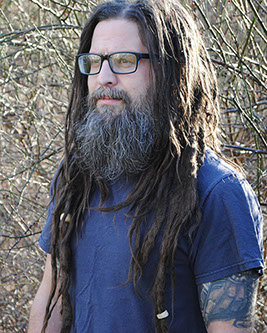 Tim Armentrout is a poet and performance artist from West Virginia. He is the author of All This Falling Away (Dusie 2007), and his poems have appeared previously in several journals including Kestrel, Not Enough Night, Slumgullion, Brown Bagazine, and Hot Whiskey. He lives with his wife and four children, writing quietly while people are sleeping.