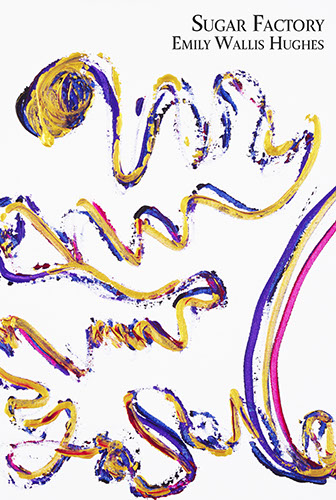 “...reminded of the haunts of an older world, of a world that is far less abstracted, far less buried, far more present, far more accessible. The elusive image, the Sugar Factory itself, a nothing-place filled with the nothing that is life, experience, and contentment.”

"Absolutely gorgeous lyric fire; one of the subtlest expressions of music I have read this year."

Sugar Factory glows with a glorious haunting, dwelling deep inside the language of listening and attention. Ancestors, predecessors, and material textures transmit in exclamatory abundance the anxiety of time passing. Lines such as “your green stays green” and “how am I?/ to end this poem” beautifully capture an attempt to hold on to fleeting impermanence. The book delights in expectancy as it flows effortlessly from generation to generation, across continents, and makes a gift of embodiment to each of its varied speakers allowing for the ecstatic possibility to “leave one’s body and return.” Reading Sugar Factory one is struck simultaneously by the resilience and slippage of memory as it weaves in and out of fragmented storytelling while also asking: what is it that this telling gets done, what of memory’s remains does one have to contend with, and what is it to speak towards someone who is no longer alive. As “This I” continues to shift and redefine itself, the reader soaks in the pleasure of being a ready recipient moving both towards specific familial pasts and a dreamlike unreality as each environment evoked leaves a trail of meditative intimacy.

Like Whitman’s “Song of Myself,” Hughes’s Sugar Factory is a laud for the land, a deep song of praise for the ecstasy in the ordinary. Riding the train, peeling fruit, contemplating streaks of color—here we find everyday encounters opening doorways to memory, both intimate and ancestral. The result is a quietly fierce collection of poems that spans coasts and continents as it boldly “carries the voices of the living/and the dead.”

These poems make me so glad. I don’t think I’ve ever seen such a charming use of the exclamation point. And there is such a vastness to these little poems — the way Joanne Kyger or Larry Eigner were able to write like brushstrokes — Emily Wallis Hughes lives fully, sensually in the natural world, in the city, and in a family’s past. You will feel so at home in these poems; they are a tonic.

Emily Wallis Hughes’s poems are an absolute joy to read. As a fellow poet—and a fellow Californian—I greatly admire her keen ability to evoke a sense of place. She has that essential gift of making one feel totally immersed in the world of her poems—and of conjuring in the reader a sense of delicious and aching nostalgia for things not in the reader’s experience. With its light touch and its exceptional range of techniques, voices, and registers, Sugar Factory is a treasure. 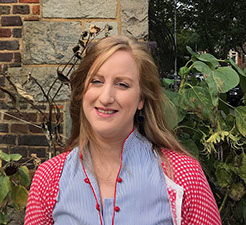 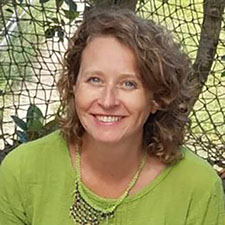 Emily Wallis Hughes is a poet and editor who grew up in Agua Caliente, California, a small town in the Sonoma Valley. Her poems have been published or are forthcoming in the Berkeley Poetry Review, Elderly, Gigantic Magazine, Luna Luna Magazine, Menage, Painted Bride Quarterly, Prelude, A Women’s Thing, ZAUM, and other little magazines. She co-edited Slovene avant-garde poet Jure Detela’s Moss & Silver, translated by Raymond Miller with Tatjana Jamnik (Ugly Duckling Presse). She earned an M.A. in English Literature and Creative Writing—Poetry from the University of California, Davis, and an M.F.A. in Poetry from New York University. She currently teaches Creative Writing at Rutgers—New Brunswick. Emily usually lives in Brooklyn, from where she works for Fence as Editor of Constant Critic and copy edits Fence magazine.

Sarah Riggs is a writer, artist, filmmaker, and translator, www.sarahriggs.org. She has published poetry books with 1913 Press, Burning Deck, Reality Street, Ugly Duckling Presse, Chax, Editions de l’attente, and Le Bleu du Ciel as well as chapbooks with Belladonna* and Contrat Maint, and critical essays with Routledge. Forthcoming are a show of drawings for Laynie Browne’s Amulet Sonnets (forthcoming also as a book with Solid Objects) and translations of Etel Adnan’s Time from the French with Nightboat. Producer of The Tangier 8 and director of Six Lives, Riggs is currently working on a film of New York dancer choreographers including Daria Faïn, Emily Johnson, and Douglas Dunn. She has taught at Columbia and NYU in Paris, as well as Pratt in Brooklyn, and is working with Mirene Arsanios on the web publication of “Footprint Zero,” a project of especially New York and Morocco-based artists responding to the environmental crisis, for the non-profit Tamaas, www.tamaas.org.