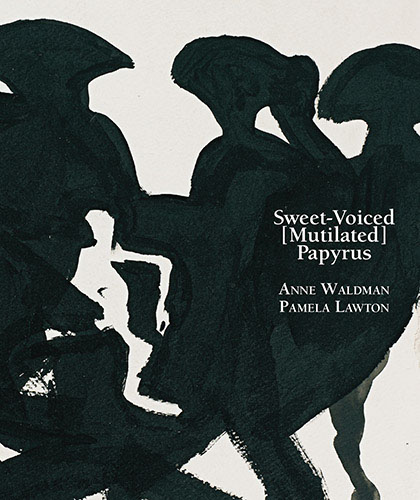 drops of lustral water in the sacrificial bowl?

& may commands be quick to get your release 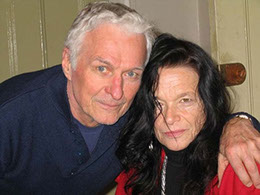 Anne Waldman has been a prolific poet, editor, professor, performer, creating radical hybrid forms for the long poem, both serial and narrative, and engaged in “documentary poetics”, fueling her ethos as a cultural activist. She is a frequent collaborator with visual artists including George Schneeman, Donna Dennis, Richard Tuttle and Pat Steir. She is the author of the magnum opus The Iovis Trilogy: Colors in the Mechanism of Concealment, a feminist “intervention” taking on war and patriarchy with a Buddhist edge, which won the PEN Center 2012 Award for Poetry.  Her book Gossamurmur, 2013, is an allegorical adventure and plea for poetry’s archive which “reanimates sentient beings”. She helped found and directed The Poetry Project at St Mark’s in the 1960-70s and went on to co-found The Jack Kerouac School of Disembodied Poetics at Naropa University with Allen Ginsberg, where she continues to curate the Summer Writing Program. Widely travelled and translated, she has worked most recently in China, Morocco, India and France. She is a recipient of the Shelley Memorial Award and a Guggenheim Fellowship for 2013-14. She also received the American Book Award for lifetime achievement from the Before Columbus Foundation in 2015.     annewaldman.org 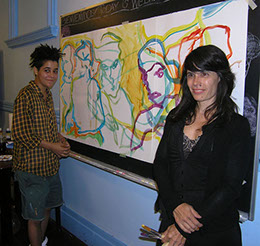 Pamela Lawton has exhibited in galleries and museums both locally and internationally, including one-person exhibitions at the Galeria Nacional in San Jose, Costa Rica, The Conde Nast Building, NY, 180 Maiden Lane, NY, The Atrium Gallery, NY, and the Galeria Isabel Ignacio in Seville, Spain. Group exhibitions including her work have been featured in Pierogi Gallery, NYC, Sideshow Gallery, NYC, Tibor De Nagy Gallery, NYC, The Artists’ Museum, Lodz, Poland, and the Emmanuel Heller Gallery, Tel Aviv. Lawton is currently an Artist-In-Residence (AIR) at Chashama, NYC, and has been an AIR at the World Trade Center through the Lower Manhattan Cultural Council. Collaborations with poets include Sweet-voiced [mutilated] Papyrus, Anne Waldman (Spyuyten Duyvil, 2015), Walking After Midnight, Bill Kushner (Spuyten Duyvil,2011), and A Place In the Sun (Spuyten Duyvil, 2010), Lewis Warsh. Interviews featuring her one-person exhibitions were featured on NY 1 News, in November 2011, and November 2009. She received a BA from Bennington College in visual arts and an MFA in painting from the City College in New York and Scuola Lorenzo De Medici in Florence, Italy. While a faculty member at New School University, she created a study-abroad art program in Sri Lanka. She has been teaching at the Metropolitan Museum of Art for more than ten years, and is on the faculty of Manhattanville College.