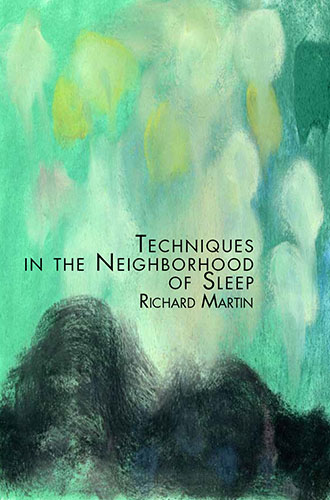 Techniques in the Neighborhood of Sleep

Satire, humor, a surreal trippiness, a Spicer fan, many books of poetry—imagine your school principal is a poet! Richard Martin’s Techniques in the Neighborhood of Sleep is wonderful. As an insomniac for all my wakefulness I don’t think I’ve written a poem about that. “I went to sleep in a haystack of thought.”  “ now I am addressing you as if you were me”.  His poems are “the legacy of what blossoms at night,” “the IQ of sleep” “a pathological liar/not a member of Congress,” the “ramblings of a disassociated man.” When he quotes Rimbaud, “…to attain the unknown by disorganizing all the senses,” he touches on something at the brilliant heart of his own poetry. “Creator inside us without an agenda.” “Love is now/The heart prefers spontaneity.” “Contact High   Context High/Content High,” “the mind shifts as language shifts/Language shifts the mind.” “Once I wanted to dissolve into love/so I did” “Language is the main character.”  I’m inspired, gonna write my insomniac poem finally.

The lines of Richard Martin’s poems have the crisp offhandedness of wire brushes deftly applied to drum skin. Indeed, they are musical, sensational and breed philosophical considerations. The lines seem to want to slip by unassumingly but that you pause on them because the words they are written in recall so appropriately a world you know––a world that they illuminate and thus add to, rather than describe. Whole poems work that way, with a power and fascination that seem to have come from nowhere, or just around the corner. 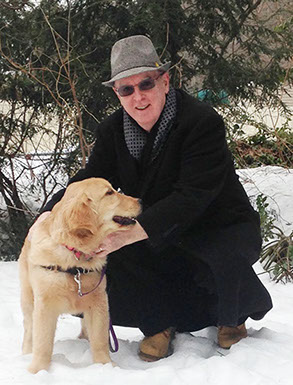