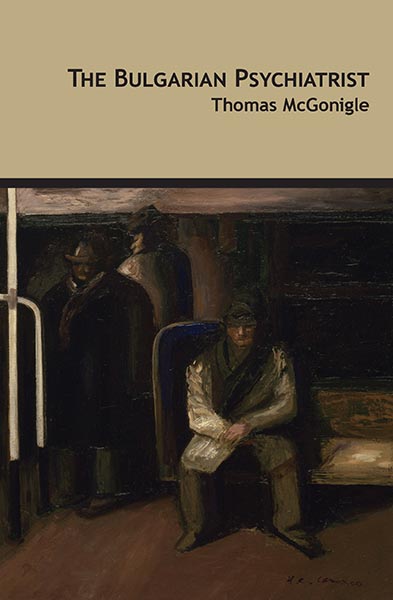 The theme of an outsider looking at the U.S. and exploring its peculiar strangeness offers angular perspective that supplies intellectual stimulation. The tragedy of Hitler and corrupt Communism in Bulgaria offers a bitter pit at the center of more contemporary threads.

THE BULGARIAN PSYCHIATRIST arrived with a suitcase filled with ties, and knowing how to wear a dead man's clothes, and how to initiate a son into the art of beating a prisoner to death and ... all of which did not prepare him for a life of listening in the USA.

The Bulgarian Psychiatrist is a hell of a book! Short but rich. I read it on planes and had a hard time putting it down. I was telling the story to my friend and she said it would make one hell of a film! I agree. I read out loud to her a part where George talks about peoples stories repeating themselves … even better than I remembered.

There is no McGonigle but McGonigle, and McGonigle is his prophet... no, but seriously! McGonigle brings to The Bulgarian Psychiatrist the gifts of a born raconteur, a regression of digression that absorbs the reader toward the center of a hypnotic spiral of captivating prose.

With a clear, historically informed gaze, The Bulgarian Psychiatrist examines an immigrant Bulgarian doctor in the US and the US within the immigrant, as narrated by its US author/narrator via free indirect discourse, interviews, photos, monologues, etc. That the book’s primary pleasure is found in its looping run-ons and experimentation is understandable. After all, as the book says: “People can only take so much honesty. The fictions they live by are more powerful than anything they can say and which I can hear and it is this speaking and my listening.” Especially recommended for readers of Laszlo Krasznahorkai and Gerhard Roth.

A truth stronger than fiction informs and shapes this double take of a fascinating case history, an intelligent, probing table-turning interrogation of the psychiatrist’s loose tongued mental, emotional and spiritual condition. The Bulgarian Psychiatrist  is a deft accomplishment worked by an able hand. McGonigle’s trademark skill in adorned, head-on style is made manifest in this deep dive into the fathoms of human complexity.

on Thomas McGonigle's The Corpse Dream of N. Petrov

There is a remarkable moral force at work here, and it gives the jagged prose a dense and illuminating quality and marks McGonigle as something more than talented; he is willfully intelligent as well.

Andre Codrescu in the New York Times on Corpse Dream of N. Petrov

This is a unique and profound work of innovative fiction.

Such a book as THE CORPSE DREAM OF N. PETKOV by Thomas McGonigle was missing here [in Bulgaria] for a long time—expressive, multi-faceted, short of breath and choking [the reader] at the same time. A voice coming from outside—different, strange and startling, uttering that which we ourselves have not yet uttered.

The Corpse Dream of Nikola Petkov is the lost avant-garde Bulgarian novel that never happened in Bulgarian. A novel, which, like a ghost, returns at last to its native home after long years of otherworldly exile in order to tell us about our own past. Thomas McGonigle has succeeded in doing for Bulgaria what Faulkner once did for the American South: to elevate the gray facts of a historical event into a literary myth.

Thomas McGonigle interweaves facts and imagination in a striking and stunning narrative about the last minutes of the life of an honorable statesman—Nikola Petkov—brutally tortured before he was hanged.  Petkov’s story—of a man departing this world—sounds so powerful that it has to be true. And it sounds so true that it could only have been born in a writer’s imagination. What must have provoked precisely this American writer to empathize with some of the most painful pages in the history of faraway Bulgaria, remains a mystery to me. One of those mysteries that make me believe that stories follow invisible and unfathomable ways. And that stories can bring us closer to the truth—not the abstract truth that is taught in textbooks but the other truth—concrete, personal, and human. 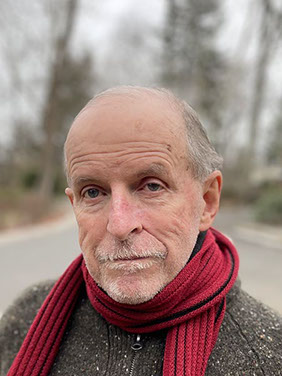 Thomas McGonigle was born at 110 Willoughby Avenue, Brooklyn, some years ago.  His patriotism is divided between: Patchogue, Dublin, Sofia and a base on East First Street in Manhattan.

His books: In Patchogue, The Corpse Dream of N. Petkov (in English and Bulgarian), Going to Patchogue, Diptych Before Dying (in Bulgarian), St. Patrick's Day another day in Dublin.

Reviews and articles by TM can be read at The Guardian (London)The Washington Post, Chicago Tribune, The Los Angeles Times, Newsday. The Hollins Critic etc.