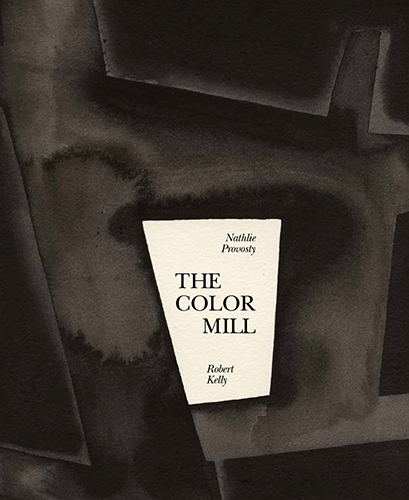 The Color Mill presents a group of images painted by Nathlie Provosty in 2010–12. When the poet Robert Kelly saw the pictures, he responded to them with the texts included here. “Chemic” and “The Odes of October” are the two inversions, where image followed text.

The undying mystery of words and pictures together sets the stage for an enactment. “We are made of what/goes on paper and comes off it,” and here in The Color Mill that essential poetics is enacted on the “human edge” with a grace and generosity that stops time. Because time is “a lie/that color tries to heal us from,” and the balm of resemblance and rhyme also heals—briefly, only briefly (vistas onto vistas). But things do respond to being seen, and “seeing something/it turns out is the same as being born.”

Robert Kelly is in a formidable place with his work in the past few years. The richness and density of his language and imagery is now combined with a transparency and luminosity that is entirely new. There’s also a deep drama to the work, as if everything he writes is a message from “beyond.” As with the I Ching, ask a question and open at random: the answer is there. Evocations rather than illustrations, Nathlie Provosty’s images occupy a similar state of becoming, and remind us of the primordial origins shared by word and image. The Color Mill is work that bears re-reading many times. 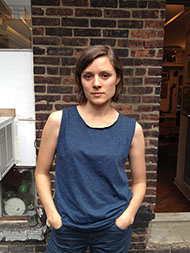 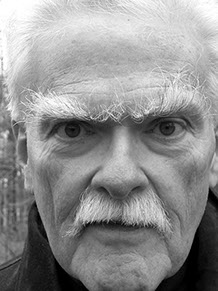 Nathlie Provosty is a visual artist based in New York. Recipient of an American Academy of Arts and Letters Purchase Prize (2012, Baltimore Museum of Art), a Marie Walsh Sharpe Space Program studio residency (2009–10), and a Fulbright Fellowship to India in painting (2004–5), Provosty has exhibited nationally and internationally. Recently she has collaborated with the musician Bryce Dessner on his album Aheym with the Kronos Quartet (2013), providing the album’s artwork. The Color Mill is her first image/poetry collaboration.

Robert Kelly has collaborated with a number of visual artists, and is the author of more than 50 books of poetry, several novels, and five collections of shorter fiction. He has received numerous grants and awards, including recognition from the American Academy and Institute of Arts and Letters and an honorary doctorate from SUNY Oneonta, and his poems and stories have been translated into Spanish, Portuguese, French, Italian, German, and Serbian. A Voice Full of Cities: Collected Essays of Robert Kelly has just been published by Contra Mundum Press. More work and information at rk-ology.com.