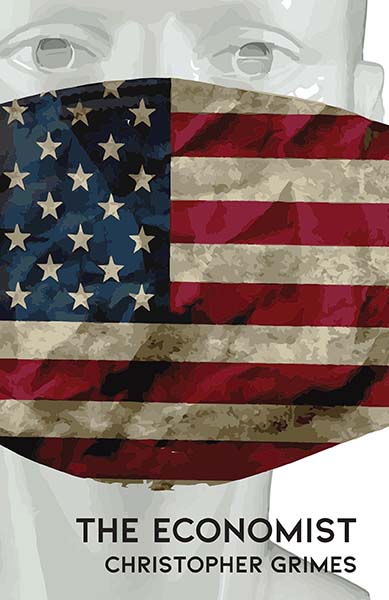 After growing up enthralled by Laura Ingalls Wilder and her love of the pristine prairie around DeSmet, South Dakota, I found another form of austere prairie beauty in the retreat and despair of Christopher Grimes’s (fictional) Freyman, North Dakota. Following Public Works (2005) and The Pornographers (2012), Grimes’ The Economist continues probing the ways economies and public policies intersect with individual lives and personal conflicts. To bring pathos to an emerging “deplorable” takes this novel far beyond social commentary and well into art.

A brilliant pastiche, a generous feast of the imagination and language, a wild,

Think Marcel Duchamp, with a pen and a stiff lip.

The single brilliantly funny voice of something

Christopher Grimes's new novel is so free it tempts

me to be hopeful.

Curtis White on The Pornographers

Christopher Grimes lives with his wife, daughter and dog in the Chicago area.