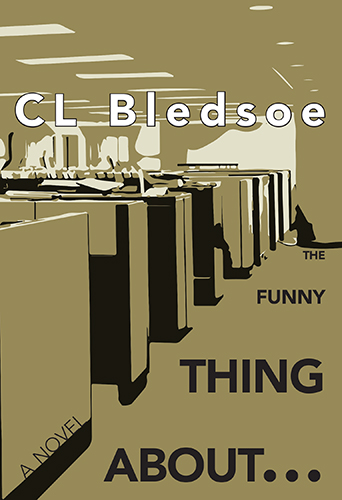 The Funny Thing About ...

Ed Becker spent his life teaching and helping people, but when his wife dies, he’s left bereft but not quite alone. He can still talk to and see his wife, but no one else can. It’s some solace, but he’s not even sure she’s real. Still, he keeps to his routines and tries to soldier on for the sake of his adult kids and grandkids. But when Ed meets a Korean English student through his new job, tutoring English over the phone, his life begins to change in strange and dangerous ways.

The Funny Thing About . . . is a story of love that not even death can end. It’s a story about the sacrifices we make for those we love, our spouses, our children, and how these transform us.

Bledsoe…is a gifted storyteller, so it’s not surprising that Man of Clay abounds with folktales from different cultures. He clearly has been influenced by storytelling›s power to define the unknowable. Bledsoe expertly threads multiple literary genres through the novel: slave narrative, magical realism, and science fiction/fantasy. But, ultimately, it doesn›t matter what literary style, narrative voice, set pieces or genre ethos Bledsoe exploits, because his imagination is persuasive and he›s written an unforgettable and engaging novel.”

C. L. Bledsoe’s Last Stand in Zombietown has big yellow teeth and rotting gums not seen since the advent of modern dentistry. The novella chews up your sense of decorum and leaves you laughing about it. It is not intended for anyone in need of an aortic bypass, or suffering irritable bowels. Bledsoe’s energy comes from pithy verbal skirmishes, crass sex scenes, and cutting commentary on everything from Sam Walton’s clientele to Yankees and yuppies.

Regarding Naming the Animals: “Bledsoe is a writer of big stories because he allows his readers to come a bit closer to each other by observing the many incarnations, either beautiful or pathetic of the human animal…While Bledsoe is a master at revealing—without sentiment or apology—the callous and the ruthless parts of the human animal, as well as the significance of the everyday lives of his characters, it is his use of language that elevates his writing. Bledsoe has a poet’s ear.” 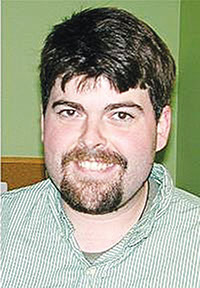 CL Bledsoe grew up on a rice and catfish farm in eastern Arkansas. He’s published sixteen books as well as poems, stories, plays, and essays in hundreds of magazines. Bledsoe has had two stories selected as Notable Stories of the Year by Story South’s Million Writers Award and has had many pieces nominated for the Pushcart Prize, Best of the Net, and others. Bledsoe works as a teacher and technical writer and lives with his daughter in northern Virginia. He blogs at http://NotAnotherTVDad.blogspot.com