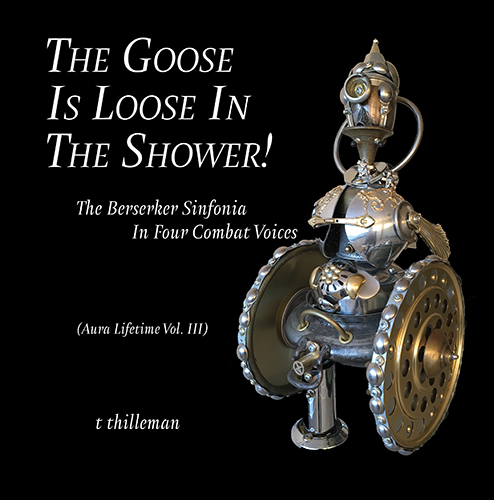 The Goose Is Loose In The Shower!

thilleman’s poems are playful and intellectual—a mirror of all the synapses, misfirings and disconnects that take place during the process of juggling two or three or more thoughts in the air at one time. It would be easy to say he is simply the latest offspring of a modernist/post-modernist tradition that began with Stein and Pound and continued up through Olson and Duncan, a tradition that encouraged getting lost as the way to discovering the hidden meaning of anything but Thilleman’s modus operandi is impossible to pin down, a surviving force amid the endless detritus and debris of the past who happens to be alive at this peculiar all-or-nothing moment. 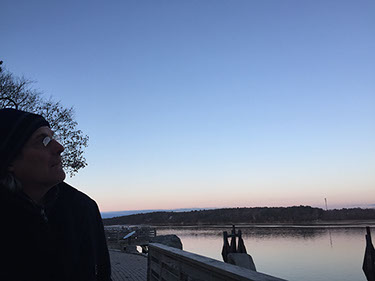 t thilleman is the author of Three Sea Monsters (Our History of Whose Image) in which journal entries and poetic sequences investigate the legacy of Pound’s redactions to Fenollosa’s original manuscript version of The Chinese Written Character as a Medium for Poetry; Snailhorn (fragments), a 360-poem cycle utilizing vedic transitions in celestial to allegorical articulation; and a novel, Gowanus Canal, Hans Knudsen. His literary essay/memoir, Blasted Tower, was issued by Shakespeare & Co./Toad Suck in 2013. The Special Body, a second work of literary comment is available from Rain Mountain Press. A third book-length essay entitled Image|Event is forthcoming, as well as further Sketches. tt’s pastel drawings and readings are updated at conchwoman.com. 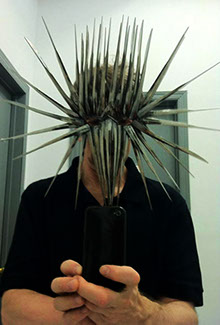 Sasha Meret was born in Romania in 1955, where he studied art from an early age and obtained both his B.A. and M.A. He arrived in New York in 1987 and studied printmaking at Columbia University, setting up his studio in Tribeca. He currently lives and works in NYC and has exhibits in Europe, Asia, and the U.S. Meret's recent work applies a wide range of techniques that interact with fashion, science, essay and film. His latest installation/environment "The Shrine of Hronim - The Time Particle" incorporates drawings, painting, printmaking, and sculpture, as well as assemblages, video, photography, LED lights, and more. This large-scale installation communicates his interest in Quantum Physics, history, and literature.

Meret is ever-questioning, ready to revise any sustainable point of view. Meret tackles theories, concepts, and historical events, concurrently reversing perspective or interpreting facts to inevitably find that the world surrounding him becomes a little more reachable. In works such as "The Opposite Butterfly Effect" (mixed media on canvas), he is questioning the effect of changes in the macro cosmos on events in the micro cosmos, such as the possibility of the collapse of a cathedral on the fate of a butterfly.