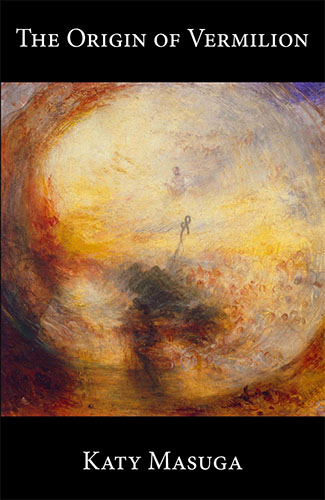 "What appear to be loosely woven pieces of philosophy and bits of untold historical drama have a way of revealing something elemental about human perception and the art of storytelling itself."

Full of surprises, Masuga retranscribes history into our bodies as we go with her from one world to another on a kind of train ride forward in the pursuit of something ethereal, ephemeral or metaphysical, something that is constantly moving away from loss—that of the grandfather, of the mother, of war, of the birds who never made it on their “eternal search of the Great Enigma” to Simorgh. This book explores the inside-outside paradox of being and living in a world among others. As such, it demands attention and patience. Carefully constructed, even if it at times deceptively appearing like a stream of consciousness narrative, Masuga’s The Origin of Vermilion is thought-provoking, moving and delightful. An unexpected, nomadic voyage.

The Arcades Project has been achieved in novel form, replete with protagonist, plot tension, and climax. Didn’t we all want into being this passage not only through the mind but also the life of the mind surrounding it? Crossing the boundary between fiction and nonfiction, philosophy and ekphrasis, diary and religious text, Masuga reveals our innermost ambition to us: to matter—not merely, but to animate it.

—Amy Wright, author of Wherever the Land Is and Everything in the Universe; nonfiction editor, Zone 3 Press

A compelling storyteller, Katy Masuga has an outstanding and imaginative eye for detail. In haunting prose and in intricate, linked narratives, Masuga explores with poise and grace subjects that range from the spiritual to the political, from philosophy to history. At ease discussing everything from May Day celebrations to Annie Oakley to Ludwig Wittgenstein to recounting the captivating story of a girl named Shirt, Katy Masuga tells in depth and with great care and rare clarity The Origin of Vermilion.

Katy Masuga combines a brilliantly off-kilter story with sterling prose and achieves greatness. Her characters demand attention and, more importantly, affection. This is a book to read quietly, to marvel at, and to return to. 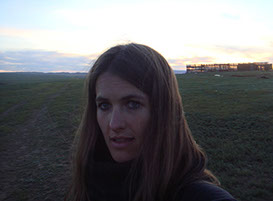 Katy Masuga, University of Paris-Sorbonne fellow (2015-2016), holds a Ph.D. in Comparative Literature and a joint Ph.D. in Literary Theory and Criticism from the University of Washington, Seattle, with a focus on comparative modernisms and image and text relations, moving broadly across genres, periods and languages. She is the author of The Secret Violence of Henry Miller (Camden House, 2011), Henry Miller and How He Got That Way (Edinburgh UP, 2011), as well as numerous essays, anthology chapters and fiction/non-fiction blurring short stories. The Origin of Vermilion is her first novel.