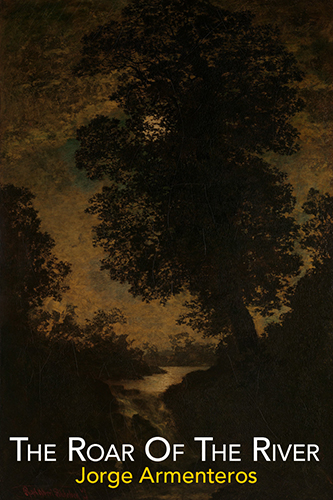 The Roar of the River

Following the musical structure of the 17th century fugue, the narrative voices succeed each other until coming together in a polyphonic search for light among the darkness of their origins. Set in a perched village of the French Alps, between a roaring river and the moonlight, a man dressed in a striped tunic seeks encounters an iconoclastic set of characters that offer love, instigate fear, and explore the meaning of language whilst eliciting revenge.

Jorge Armenteros's The Roar of the River isn't a tale of suspense so much as it is a book whose pages crackle with myriad frictions. These characters may resemble the phantasmata—simultaneously posing and maneuvered—familiarly associated with the chanson de geste's medieval dreamlands, yet they are anything but benighted victims of fate. Rather, like the personifications that relieve the flatness of the fable's total ethics, these figures struggle against all that is archetypal about them. Is it possible to survive a world bent on othering the most humane aspects of our humanity? Quest or riddle, Armenteros understands that, nowadays, indomitables like these fall (if they fall at all) to those willing to scratch out and scratch away.

Joe Milazzo, author of Crepuscule W/ Nellie and The Habiliments

The Roar of the River is a lucid dream, a winding and watery tale of a vengeful river. Teeming with life and aroar with many strange voices, this novel is absolutely relentless. Armenteros is a master who has given his readers something wholly new.

“Beautifully written and crafted, The Roar of the River is a mythic incantation of the relationship between nature and culture. Armenteros evokes the dreamscapes and desires of Marquez, Joyce, and Ballard while asserting his own distinctive voice.”

D. Harlan Wilson, author of Battles without Honor or Humanity and Primordial: An Abstraction

Praise for Jorge Armenteros' The Book of I

In this powerful novel, Jorge Armenteros takes us deep, deep and deeper still into the mind of a painter who has come to the edge of his cliff.  The Book of I's fierce, fresh language buoys us through the many-textured darkness, shoots the whole through with crucial light. Cortazar is an apt analog here. So is Artaud.

A startling vision of the world from the perspective of a schizophrenic painter, a man balanced on the edge of his self and his life, and on the way to a crisis. This is a finely crafted and clearheaded book, at once sympathetic and unwilling to give any alibis, and well worth the read.

In a French village, painter Teaston has witnessed a woman's fatal jump off a nearby cliff. Growing lost in the "whiteness" of his schizophrenia, he paints out the faces on his canvases, searching for the "holes where eyes could fall in." Dipped in the ink of South American surrealists like Julio Cortazar, Jorge Armenteros' The Book of I slowly and achingly unveils Teaston's tormented inner life. For Teaston, "the existence of normalcy is a primordial question." This stark, poetic and haunted novel makes it ours as well.

Susanne Paola Antonetta author of A Mind Apart: Travels in a Neurodiverse World

In this lyrical and assured debut novel, Jorge Armenteros navigates us through the labyrinthian struggles of the mind of a schizophrenic painter wading through the edges of reality and fantasy.  Part existential puzzle and part hypnotic meditation, The Book of I is as much about the language we have--or yearn to have--to hold our identities as it is about the search for the core of our innermost selves. This is a haunting debut by a bold new talent.

Laurie Foos, author of Ex Utero and Before Elvis There Was Nothing

How our minds evolve and determine our identities and how these identities can shift over time remains a fascinating topic for the novelist. When a mental illness interferes with the "normal" brain function that we all take for granted, the challenges to the individual and those around him multiply exponentially. His training and experience as a psychiatrist gives Jorge Armenteros a special perspective on the mysteries of the human mind and his character Teaston reminds us that somewhere between reality and delusion lies the unconquerable world of uncertainty. A terrific achievement for a first novel. 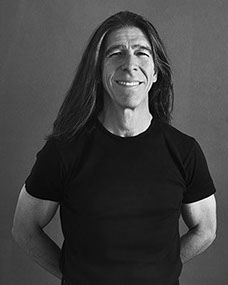 Jorge Armenteros was born in Cuba, two years after the revolution of 1959. He and his family became political refugees in Madrid, before finally settling in Puerto Rico. He attended Harvard University where he minored in Spanish and Latin American Literature while completing his biomedical engineering degree. The Book of I, his first novel and a 2015 International Latino Book Award winner, was published by Jaded Ibis Press.