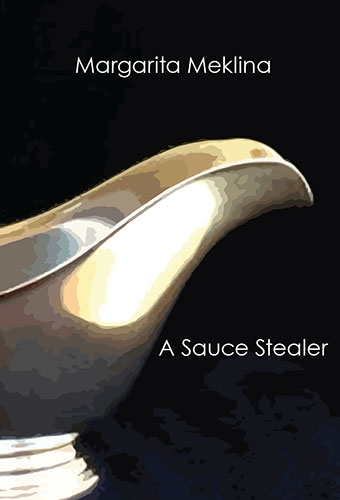 In these startling and engaging stories, Meklina presents the familiar and the unfamiliar through bright beams of language, and wonderful flourishes of narrative craft. Her literary eye is one that wisely observes and wisely embroiders simultaneously, and I came away ready to think about everyone I know in wiser ways.

Meklina’s short prose portrays with jarring realism the gritty street life of big cities, and the inner Angst of people on the edge, through the naive perspective of immigrant narrators and helpful fools. The characters are frequently the quintessential American oddities or expatriates, people who nonetheless carry the taste of every-day reality in large 21st Century cities anywhere. These narratives weave together the stream-of-experience images that, in a few hundred words, say more about city life and daily struggle than some books of as many pages. 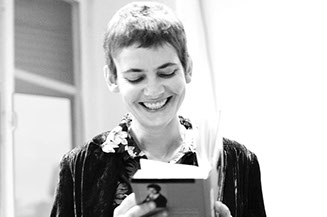 Margarita Meklina is a bilingual essayist and fiction writer born in Leningrad and currently residing in Dublin. An author of five books published in Moscow, she was awarded the Andrei Bely prize for her collection of short stories, The Battle at St. Petersburg (2003). In 2009, she was awarded the Russian Prize, established by the Fund of the First President of Russia Boris Yeltsin, for her manuscript My Criminal Connection to Art. Her English-language articles and fiction have appeared in The First Class Lit, The Context (Dalkey Archives), The Cumberland River Review, The Quarterly Conversation, The Honest Ulsterman, Gorse, The Brooklyn Rail and Words Without Borders. Her short stories in translation to English appeared in Flash Fiction International (W.W.Norton, 2015), The Mad Hatters’ Review, Reunion, The Toad Suck Review, Eleven Eleven and many other publications. She co-authored the epistolary novel God na pravo perepiski with poet and essayist Arkadii Dragomoschenko and completed a young adult novel in English (The Little Gaucho Who Loved Don Quixote, 2016). She thinks, dreams, loves and writes in two languages.