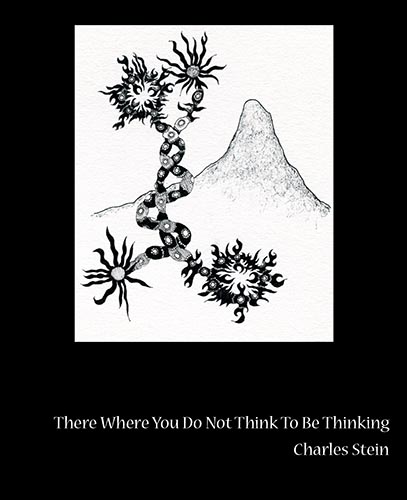 There Where You Do Not Think To Be Thinking

There Where You Do Not Think To Be Thinking speaks from a stock of some 26 “characters,” numinous “objects,” oddly configured “abstractions”—one for each letter of the English alphabet—which I imagine as wildly heterological metonyms to display the emergence of all that comes to Appear.  In its own terms, the poem literally scries or conjures itself into existence and offers “emergence” as a figure for the productive generosity, as it were, of Being. But the subjectivity of poetry and its obsession with its own nature thereby seems to flip: it is reality that solicits the meaning of poetry, not the other way round. Reality subsumes the very intuitions that it fosters, projecting itself—and the writer and reader together—onto an intransitive itinerary of pondering, the exit from which can only be—Discovery Itself.

from Charles Stein in conversation with Derek Owens 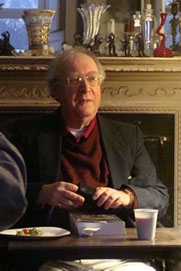 Charles Stein is the author of ten books of poetry including The Hat Rack Tree (1994), Parts and Other Parts (1982), Horse Sacrifice (1980), and Poems and Glyphs (1973). Robert Kelly has called Stein, ". . .a poet with all the means of his craft at hand. . .one of the smartest men of his generation, and one of its most exemplary poets." Stein also is the author of the critical study The Secret of The Black Chrysanthemum (1987, Station Hill Press), a critical study of Charles Olson's poetry and prose, and the editor of Being = Space x Action: Searches for Freedom of Mind in Mathematics, Art and Mysticism(1998).