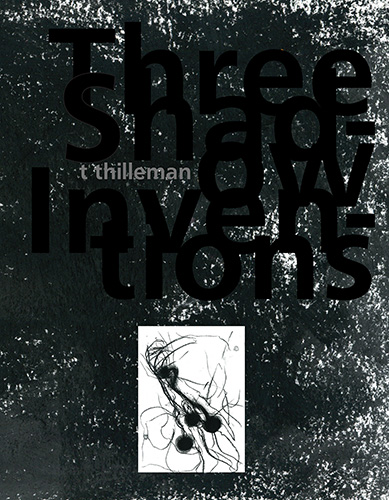 ... thilleman toys with the ratio of thought and sensation, tweaking our ration page by page to make sure the whole creative process (the branching of our entire neural net) is engaged in incubation, illumination, and verification. This book activates what scientists Menon and Bressler call “dynamic interactions of distributed brain areas operating in large-scale networks.”

Lori Anderson Moseman, from the introduction

With formal deftness and intellectual brio, T. Thilleman’s poems work the magic of the spell-maker engaged in patterns of meaning that exceed the properties of any single language or discourse.  In a rush of writing that invokes Hindu, Greek and Egyptian figures, Thilleman’s meditations on Eros and constructions of the Beloved seek the consolations and incitements of “Nuit,” both alembic gift-bearer and soul’s companion.  In so doing, the poems trace a Dionysian ritual of ekstasis (standing outside of oneself) and sparagmos (the tearing apart of a living creature), bearing within them the unfolding disturbance of experiences that incorporate the dream-like and incorporeal seen through the eyes of a ludic wanderer.  Thilleman’s great accomplishment in this work is to set before us again the fault lines of identity, as he enacts—artfully, perceptually, ardently—a Deleuzian folding of One into Other, of I into You, in poetry written under the sign of she who “persists in activations to sound / voice-box of angelic things.”

Andrew Mossin, author of The Veil and Exile’s Recital 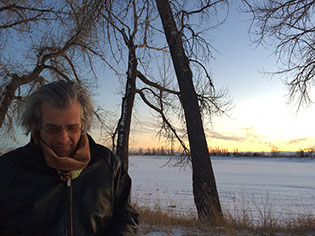 t thilleman is the author of Three Sea Monsters (Our History of Whose Image) in which journal entries and poetic sequences investigate the legacy of Pound’s redactions to Fenollosa’s original manuscript version of The Chinese Written Character as a Medium for Poetry; Onönyxa & Therseyn (opening for an extended work, Anatomical Sketches, of which Keystone Standstill is the eighth book); Snailhorn (fragments), a 360 poem cycle utilizing vedic transitions in celestial to allegorical articulation; and a novel Gowanus Canal, Hans Knudsen. His literary essay/memoir, Blasted Tower, was issued by Shakespeare & Co./Toad Suck in 2013. The Special Body, a second work of literary comment is available from Rain Mountain Press. Aura Lifetime (volume one), a selection of his poetry, is forthcoming. tt’s pastel drawings and readings are archived at conchwoman.com.