On the poetry of t thilleman:

In Snailhorn (fragments) thilleman presents a speaker seeing themselves in pieces, the fragments of an archeology of humanity, in shapes defined by history, shuffled by spirits. We are both matter and mother to matter, dust and mud, spliced shells filled with water, overflowing. Telling the epic of humanity in what is left behind in the trail of history ...

Just as Duncan follows "the soul's journey in an evolution from the shell fish ... to the woman with her child, her Christ-child" in The H.D. Book, so too does Thilleman discover a "morphological" way to link the image of Jellyfish with "a continuity of spirit in the universe." Here, "in the mirror of the water," Thilleman feels "the anatomies of these creatures real or imagined, phantastical or dumb and brutish ... are providing sustenance for the broken and starving human."

“One aspect of the monster concept,” observes Stephen T. Asma in his book On Monsters: An Unnatural History Of Our Worst Fears, “seems to be the breakdown of intelligibility. An action or a thing is monstrous when it can’t be processed by our rationality, and also when we cannot readily relate to the emotional range involved.”

Three Sea Monsters amounts to a graduate degree on Modernist and Post M. aesthetics and culture. And also Kierkegaard and others I could name would approve of your archaeology of language. You are mining way down in the matter.

ETU puts “sex/souls” into the “worm’s blank” and in doing so increases “home’s length.” I am relieved to enter and move through a worl like ETU because in it I feel “we, multitudinous.”

j/j Hastain, on Egghead to Underhoof

Thilleman has a music all his own, sometimes lyrical, sometimes dissonant; pretty consistently surprising. I'll admit "root-cellar" always sets me thinking of WCW's "cat" poem – you know, the one with the jam-closet & so forth. But Root-Cellar is very un-Williamsesque: more an assertion – nay, a demonstration – that ruminative, considerative poetry is still possible. You've got to admire Thilleman's ability to leap from the jars in the cellar to the meaning of life; and it doesn't at all hurt that the poem to my ear's shot through with echoes of Briggflatts.

Mark Scroggins, on "Root-Cellar to Riverine"

No single note can contain or describe this work, nor is there a quiet sameness which will lull one beyond question. Instead there is a composed concentration in the center of calamitous movement—movement which embodies inquiry, which listens as a means of locomotion, transferring setting to sound, venturing out along many circumstances.

... suspension of linguistic meaning that verges toward music, a mid magnetic between meaning and resonance that touches on both only to veer off, return, whirl to a stop and begin again ... there is a liberating aspect to hearing or reading a poem that eludes signification only to capture it soon enough ... with echoes or Samuel Greenberg and Hart Crane ...

Thilleman began to attract attention with his sequence collection Wave-Run and has continued to mine secrets and depths inherent in language, but often ignored. The magic of words—that they have lives of their own beyond their obvious power to communicate information .... Between continues that process, informed by his conductus, the Daemon. It is a great privilege to have been allowed to follow the quest.

Zukofsky tells us that those without Greek can still pick up the sound of the sea—and know that it is the sea—from hearing Homer’s language. Those who sound the language of Tod Thilleman’s Wave-Run may at first feel submerged in a foreign language only to arrive at a later—and deeper, more alive—realization of English and of a different sea. “Cupped, cupped coiling wave contains/somewhere line’s form’s language.” The same is true vice versa.

Wave-Run roars up the beach with all of modernity and its detritus glistening on the crest. Thilleman’s craft, the drive and punning images of his language, movingly replay in contemporary terms the old myth of Ocean and our fascinated love of it.

Wave-Run’s surge and inevitability have as much to do with our individual selves as with the world’s primal forces. This book is a spiritual journey. It is also an intellectual journey gathering several traditions—the Classical of Homer, the Romantic of Shelley, the Modern of Pound and Olson. Thilleman’s unabashed indulgence in the sensuous, moreover, reveals his sympathies with Moore and Crane, Zukofsky and Duncan. Wave-Run’s deeply intuitive, intelligent and vibrant poems will gain a great many admirers. One important realization Sonic Model urges is that sound itself is the fundament of our lives. The roar through a subway wind tunnel is not unlike the roar of the beach. To be alive everywhere is a commitment implied in all his work.

...it returns the city of New York to water, to the sea...Wave-Run is a celebration of the poetics of flow... of the line always in motion.

I have read Wave-Run and found it very interesting. It is always good to read an intelligent young writer. In The Corybantes he continues with a longer and more definitive book using longer stanzas if one uses that word anymore. I don't and he doesn't either. Please read him yourself. You will find "are you reading my mind," "no one honors cultivated silence," "raising his consciousness to the status of Being." Do not be left behind.

Tod Thilleman has achieved a perfect fusion between poetry and philosophy in this unusual work. Is this fusion cold or warm? Read between the lines.

David Rothenberg, on The Corybantes

Reminiscent of dream theory which instantiates a fragment of selfness in each dream-element, or of the other theory which has the most recent waking electromagnetic brain stimulation locate the dream-content literally by tissue-territory, The Corybantes evinces a movement evoking Kamau Brathwaite's "tidalectics" (History of the Voice). ... lines erasing preceding lines in the movement of waves and tides continuously recalled in the poem, while the Corybantes (readers/chorus?) rejoice in Dionysian celebration throughout. Thilleman’s disarming rhetorical theatrics, a hilarity of anxiety ... are moved along by a rhythm-as-ideation/emanation mode which formally links the non-lyric philosophical Elizabethan / Jacobean argument poem with the ultra-contemporary “personal documentary” film essay.

“All poetry is thrown/into the encyclopedia's/furnace”: so Thilleman drops the casual in-the-moment presence of a Ted Berrigan poem into a complicated textual construct of chance and necessity, Dadaist spontaneity and philosophical system. The results are synthetic: a poetry that finds a place for many of the warring claims for poetic form, claims which, thanks to Thilleman, are revealed instead as hardy co-conspirators in the subversive art. Everything is possible and Thilleman points the way.

Leonard Schwartz, on A World of Nothing But Nations

"Radiant Waves conduct the pulse" in the flow of these Orphic transmissions. The waverings, flurries, gaps and gusts of phrases, by turns recondite and plain, harsh and eloquent, compose a deeply credible kind of spiritual music, appropriately broken, but alive with despair and exaltation. Thilleman pushes composition to the brink of what is, and words are still there, and the promise of things hidden, and among the words "the word/ That spoke to me from the flight of music/ Whose wind witnesses the true power of the seed."

Joseph Donahue, on The New Frequency & The Music of Annihilation

published in tandem with

Emanation of the Human Backside 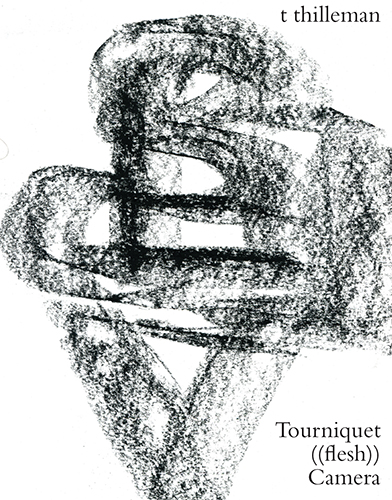 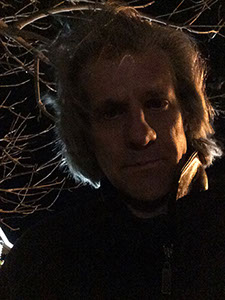 t thilleman is the author of Three Sea Monsters (Our History of Whose Image) in which journal entries and poetic sequences investigate the legacy of Pound’s redactions to Fenollosa’s original manuscript version of The Chinese Written Character as a Medium for Poetry; Onönyxa & Therseyn (opening for an extended work, Anatomical Sketches, of which Pebble Sketches is the seventh book); Snailhorn (fragments), a 360 poem cycle utilizing vedic transitions in celestial to allegorical articulation; and a novel Gowanus Canal, Hans Knudsen. His literary essay/memoir, Blasted Tower, was issued by Shakespeare & Co./Toad Suck in 2013. The Special Body, a second work of literary comment is available from Rain Mountain Press. Book eight of the Sketches, Keystone Standstill, is forthcoming. tt’s pastel drawings and readings are archived at conchwoman.com.