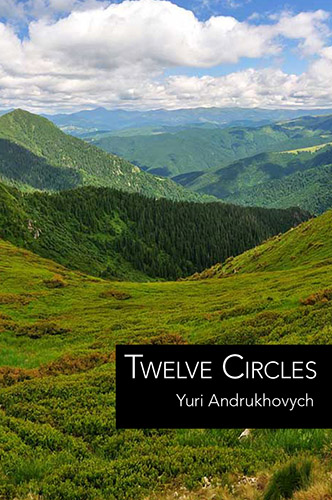 (winner of the Hannah Arendt Prize 2014)

Andrukhovych is a master of literary legerdemain, keeping twelve balls in the air at once, dazzling us with his verve and dexterity, bringing us into a Carpathian trance which is both daydream and nightmare.

In the 1990s, Karl-Joseph Zumbrunnen, an Austrian photographer with Galician roots, travels repeatedly through Ukraine. The chaos of the transitional post-Soviet era seems infinitely more appealing than the boring life of the West—especially since falling in love with his interpreter Roma Voronych. He accompanies her on a hair-raising trip to the Carpathian mountains where we hear of happenings in the solitude of the mountains, as well as in the “Tavern On The Moon,” which served briefly as an observatory and subsequent athletic training station where, in between commercial film production, starring strippers and bodyguards and various intellectuals, Bohdan-Ihor Antonych, the outlaw modernist Ukrainian poet of the 1930’s is to be found in person. Andrukhovych relates all this madness absorbingly, with much wit and ironic joust. Lurkers here will come to understand that the postmodern folk novel from Ukraine they are reading is in fact about the West.

Yuri Andrukhovych's nuanced Ukrainian prose requires an exceptionally talented translator in order to be appreciated in English. Happily, Andrukhovych has found just such a wordsmith in Vitaly Chernetsky, who has managed to accomplish the well-nigh impossible: staying true to the original text while producing powerful and persuasive English-language prose. Read this novel, both to experience one of the most important recent Ukrainian literary texts and to bear witness to Chernetsky's emergence as a great translator. Kudos to both!

Twelve Circles is a flamboyant meditation on the history of everything. Don’t expect the trains to run on time but (in their own time) they arrive and depart and in due time the story of Karl-Joseph Zumbrunnen unfolds before our eyes. Andrukhovych is the ultimate omniscient narrator and his mile-long sentences chart their own unbroken course, fearlessly, with no end in sight. It’s all in the details, the unspoken truths, the sidelong glances, and the marvelous translation by Vitaly Chernetsky brings it to life on the wide screen. 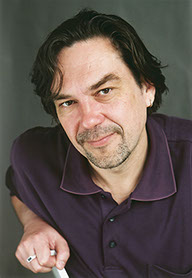 Yuri Andrukhovych was born March 13, 1960 in Ivano-Frankivsk, Ukraine. In 1985 he co-founded the Bu-Ba-Bu  group, which stands for бурлеск, балаган, буфонада--'burlesque, side-show, buffoonery' together with Oleksandr Irvanets and Viktor Neborak. Andrukhovych writes in Ukrainian and is known for his pro-Ukrainian and pro-European views, however he is rarely considered a Ukrainian nationalist, a charge he fiercely denies himself. In his interviews, he said  he respected both the Ukrainian and Russian languages and claims  his opponents do not understand that the very survival of the Ukrainian language is threatened. During the 2004 presidential elections in Ukraine he signed, together with eleven other writers, an open letter in which he called Sovietic Russian culture: "language of pop music and criminal slang". Andrukhovych has published five novels, four poetry collections, a cycle of short stories, and two volumes of essays, as well as literary translations from English, German, Polish, and Russian. His essays regularly appear in Zerkalo nedeli (Mirror Weekly), an influential trilingual newspaper published in Russian and Ukrainian with excerpts published in an online English edition.