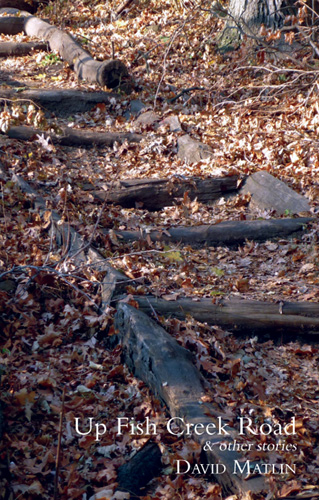 Up Fish Creek Road & other stories

David Matlin is a terribly American writer in the very best way. His rambling, Whitmanesque like sentences, reveal a caring and involved sensibility, in tale after tale devoted to the best of American values: beings involved with others and with nature, figures who specifically empathize with others and the world around them, both past and present. For Matlin's characters American history is an intense interrelationship with the land and language:

Maidu, Wintun, Yokut, Miwok. Theo liked to wrap these syllables into his explorations of the high meadows and granitic fastnesses which surrounded his boyhood world looking for big-horn, the remnant herds at his end of the Sequoia country not yet destroyed by the "hoofed locusts" as Muir called the domestic sheep introduced directly after the Gold Rush, denuding ancient forage and meadow, spreading disease for which the wild ungulates had no immunities.

His is a writing alive with a passionate commitment to the values embedded in the American consciousness within the American landscape. A vision rare in contemporary US literature, Matlin's writing reaches into the great social and political commitments of the 19th century without asking us to grow nostalgic about the past.

Though these stories are anchored in events unfolding in contemporary times, their power and beauty rest on Matlin's rhapsodic evocation of America's past. It is all that has vanished-the majestic wilderness of the land and the heroic spirit of the men who inhabited it, Native Americans and early settlers alike-that comes fully, hauntingly to life, making the present appear eviscerated not just diminished. The poetic cadence of the prose and the grandiloquent length of the sentences having a hypnotic effect, as all Matlin's work, Up Fish Creek Road reads like a dream: there is no linear time; there is no continuous space; depicted events have the mystique and ineffable grandeur of myth. Being dreamlike, the sense of reality is at times incoherent, but the images are always stunning and the sensuous, tactile language that paints them, magnificent. 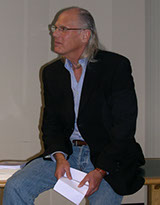 David Matlin is a novelist, poet and essayist who lives in San Diego, California and teaches at San Diego State University.