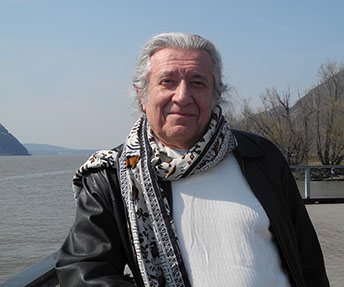 Valery Oisteanu is a poet, writer, and artist of the avant-garde. He was born in USSR (1943) and educated in Romania, France & USA. He debuted as a poet with the collection Prosthesis in 1970 (Litera Press, Bucharest). At the age of 20, he adopted Dada and Surrealism as a philosophy of art and life and a few years later English as his primary language. Emmigrating to New York City in 1973, he has been writing in English for the past 47 years. He is the author of 15 books of poetry, a book of short fiction, The King of Penguins (Linear Art Press, NY, 2000), and a book of essays in progress: The AVANT-GODS. The poetry of Valery Oisteanu has been translated in several European languages including German, French, Italian, Romanian, Swedish, Dutch, Greek and Portuguese.  Valery Oisteanu is an artist-poet with deep roots in the avant-garde of the 20th century. His art is neither soundless or still, but rather visual poetry with narratives in unfolding time, harmonious compositions that unite samples of memory through the histories of futurism, Dadaism and surrealism. Haunting, humorous and metaphysical, his collages communicate the inexplicable, the impossible and the sublime, exploring the subconscious domains of imagination at the edge of fantasy. 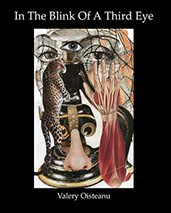 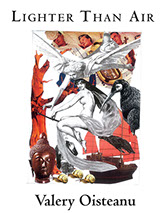