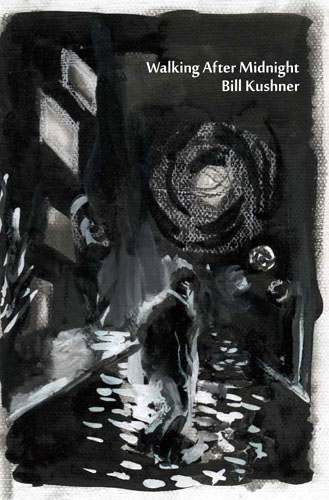 Bill Kushner’s poem mind is tender and lavish. It likes to say things a second time, or maybe more times. It is very loving in old age, and fearless. You the reader are never exactly sure what’s “true” in these poems; but, on the other hand, you’re in on the rush. Kushner has asked you there, andwhy be anywhere else? What a beautiful arrival, Bill! Thank you.

What is it Diana Ross sang? About a Love Hangover? “If there’s a cure for this I don’t want it, don’t waaaaant iiiiiiiit!” Love is the one word I can never see, hear, believe enough. Believe it. Bill Kushner believes it. Love’s who when how why. Walking After Midnight is a book of love poems Kushner style! The moon, the leaves. His endearing and odd love for a house that’s not his; I mean of the billions of houses THIS ONE calls out to him. He stands before it, talks to it. This is beautiful! In a world addicted to irony and apathy, Bill Kushner writes undaunted beside love. What a lucky world that he is here! 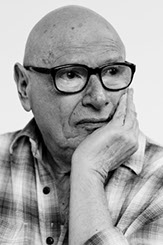 In addition to his eight books of poems, Bill Kushner has worked as a playwright, actor, and directer at the New York Theatre Ensemble and Theater Genesis in New York. He has just finished Good Gravy Marie, a new full-length play.