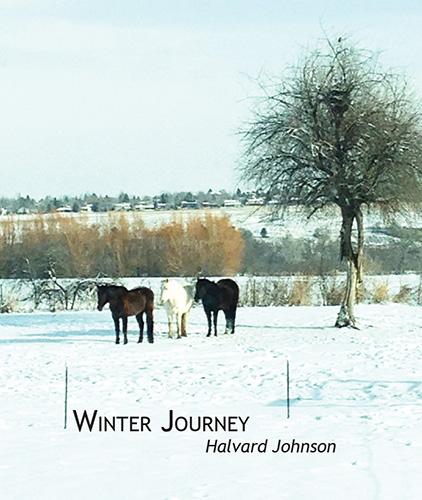 Hal Johnson’s work is remarkable for its intelligence, its perfect tuning (he has a remarkable ear for line-cadences), great thoughtfulness and wit, and its ability to surprise, to take unexpected turns. Without solemnity, Hal conjures up a mysterious, disturbing world in his poetry, a world in which fantasies and meditations are interchanged with actions and concrete details. One constantly feels in his work the sense of the known and the knowable slipping away, and in this respect, and in its refusal to be pinned down, Hal’s work has some similarities to John Ashbery’s.

But in other respects his work is like no one else’s. I have been personally affected by many of his poems, including “Winter Journey,” the title poem of one of his collections. This long narrative poem, which is also a meditation on recent American history, touches upon culture, consciousness, and fantasy at their meeting-points; it is also, I think, about the nature of accidents. I consider it a profound and moving poem, one that can stand with the best of recent American poetry. The most I can say is: read it and see for yourself. 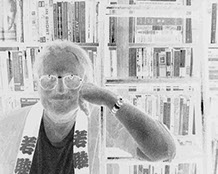 Halvard Johnson was born in Newburgh, New York, and grew up in New York City and the Hudson Valley. He has received grants and fellowships from the National Endowment for the Arts, the Maryland State Arts Council, the Woodrow Wilson Foundation, Baltimore City Arts, the Ragdale Foundation, and the Virginia Center for the Creative Arts. He has lived and taught in Chicago, Illinois; El Paso, Texas; Cayey, Puerto Rico; Washington, D.C.; Baltimore, Maryland; and New York City. For many years he taught overseas in the European and Far East divisions of the University of Maryland, mostly in Germany and Japan. Currently, he lives with his wife, the prize-winning writer and visual artist Lynda Schor in San Miguel de Allende, Guanajuato, Mexico, where, he recently realized, he has now lived longer than anywhere else in his life.