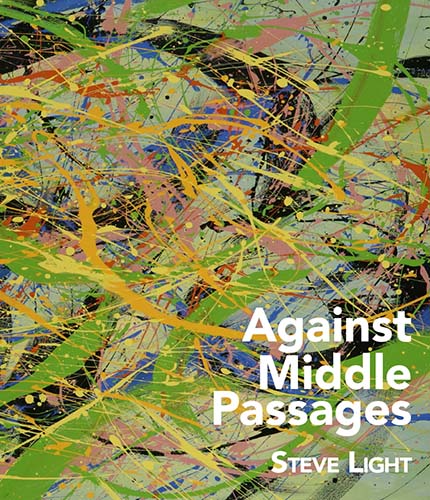 “What use are poets in a dark time?”, wrote Hölderlin. Steve Light’s ultra-compressed poetry tempers and disciplines his fertile and torrential imaginaire under the sign of Paul Celan, a potent influence. Against Middle Passages requires, in Light’s phrase, “the trace’s perseverance”, so that we may “stand guard over absent meaning” (Blanchot) in our daily lives. The fragmentary insights of lyric flare briefly but intensely in a dark time.

This indefatigable light errant draws us into the maelstrom of this aphoristic work with the understated stance that the title announces. Hyphen is the cleave by which these leaves move to replace the logic and practice of Middle Passage before we are trumped by the backwardness of our species. From the “soma-bog” of mercantilism to the bark of Birkenau we face our baseness. Recommended tempos: larghissimo at first pass, then andante...

Poetry at its best! Outgrowths of nature and words intertwine with the verbal precision of haiku minimalism.

Dalia Judovitz, NEH Professor of French, Emory University. Author most recently of Georges de La Tour and The Enigma of the Visible

These are chiseled, lapidary poems of a gently expansive concentration, a discontinuous continuum of riff-like, free-falling interjections.

The expression “middle passage” evokes the crossing of the Atlantic Ocean which was necessary to convey black slaves from Africa to America. By juxtaposing “against” to this tag, Steve Light’s text seeks to organize a response to the heinous political and commercial enterprises which punctuate our past, recent, and contemporary histories featuring genocides and ecocides. To voice this momentous “against”, the book effectively deploys techniques miming struggle and disarticulation and skillfully involves the diligent reader’s activity within the phenomenology of metaphorical resistance.  Multiple short fragments, each adrift on the page it anchors in a singular geography, arrest our advance and foreground our sense of aporia or “not-passage.”  While their paratactic assemblage denies us a facile recuperation, these reefs bloom with particular corals, a dazzling vegetation of poetic resources which demonstrate a will to survive wreckage and dare us to address the ineffable, the ending. 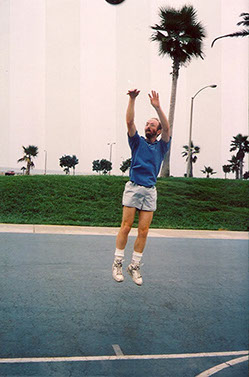 Steve Light is a poet and philosopher. He is the translator of Jean Grenier’s Islands: Lyrical Essays and his translations of poems (and in instances essays) by the Italian poets Pasolini, Solmi, Ungaretti, Quasimodo, Saba, and Carraba, the French poets Jean-Baptiste Para and Alain Suied, as well as Rilke, Mandelstam, Tsvetaeva, and Pasternak have appeared in the U.S., Canada, and the U.K. His own writings have appeared in the U.S., Canada, Jamaica, the U.K., Australia, France, Italy, Japan, Russia, Spain, Germany, China, Kenya, Argentina, and Brazil.