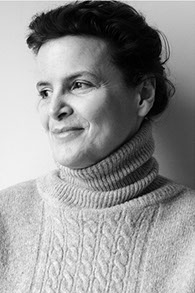 Andrea Scrima was born in New York City and studied fine arts at the School of Visual Arts in New York and the Hochschule der Künste, Berlin, Germany, where she lives and works. Scrima has received numerous awards for her artistic work, including a grant from the Pollock-Krasner Foundation and the Lingen Art Prize, and has exhibited internationally. She was the recipient of a literature fellowship from the Berlin Council on Science, Research, and the Arts and won a National Hackney Literary Award for Sisters, a short story from an ongoing collection titled In the Blood. Her work is regularly featured in The Brooklyn Rail.