Anselm Hollo (12 April 1934 – 29 January 2013) was a Finnish poet and translator. He lived in the United States from 1967 until his death in January 2013. In 1965, Hollo performed at the "underground" International Poetry Incarnation, London. Also in the same year, the first customer of the Indica Bookshop, a certain Paul McCartney, is known to have bought, among other things, the book & it is a song by Anselm Hollo the day before the bookshop was officially opened. He was one of the early translators of Allen Ginsberg into German and Finnish. Hollo taught creative writing in eighteen different institutions of higher learning, including SUNY Buffalo, the Iowa Writers' Workshop, and the University of Colorado at Boulder. Since 1985, he taught in the Jack Kerouac School of Disembodied Poetics at Naropa University, where he held the rank of Full Professor. 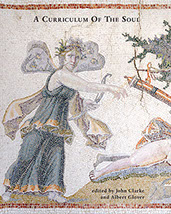