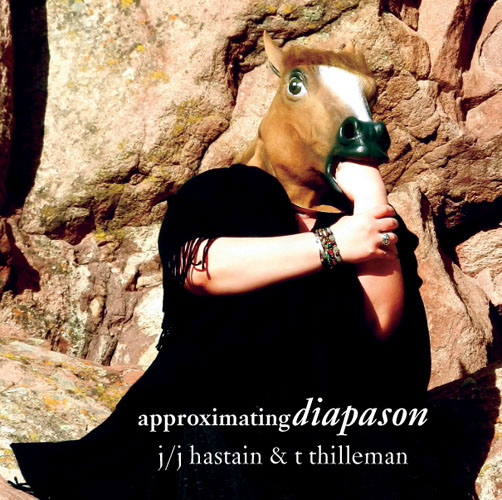 Struggling to find a mythos to convey our early twenty-first-century malaise, hastain and thilleman approximate a “diapason,” a “fixed standard of pitch,” a “compass of a voice.” But because existing notions about literature have led us in circles, the authors “leap into existences from a transcendent root-stem.”

Dean Kostos in The Brooklyn Rail

In Approximating Diapason, hastain and Thilleman engage in an epic correspondence, creatively paralleling, intersecting, and intertwining their very distinct poetic vocabularies and intelligences.  What results is a collaborative treatise on the metaphysics of creativity, the physics of the compositional page, the philosophy and ethics of form, the ontology of ghosts and gods, and the future of the mythographic imagination.  But this is just scratching the surface.

j/j and TT make a correspondence in Emerson’s sense—the original green building, if you will—when two have the inside with the outside. They begin with the commercial (the outside, publishing industry’s inside), and the correspondence grows organically from there to include exchanges on the nature of sexuality (both inside and manifest on the social outside) and the relevance of the mythological in our postmodern living (tracing myth back to origins, inside ancient humans, but in the context of literature, which is outside us and socializing). I come away from reading their high-energy 300-plus pages with my clearest sense to date—and I have been wrestling with psychomachiatic truths for several years now—of what amounts to a statement for our generation on the significance of Poetry.

In approximating diapason poets j/j hastain and t thilleman have formed out of a conversation through letters a collaborative and deeply sensory account of their expeditions in life and poetry.  I don’t use expedition lightly, as hastain and thilleman like the shamans of old, transform themselves into their revelations as they speak.  Indeed, prophecy fills each page of this 21st century manifesto, a manifesto of poetics, but also of sexual elaboration and personal embroidery.

How con(text)ual is body? When one’s perceivably clothed skeleton becomes the brain’s text, what is broken through? A word began as just letters pressed together. Then, the evolution of meaning, labeled speech and signification. Watch out for misinterpretation. Let go of restrictions and expectations. Thankfully, the entirety of this text forces the reader out of these borders.

Approximating Diapason is a going beyond, a pushing through, a penetration that has an oracular feel, although it is a dialogue between the poets t thilleman and j/j hastain, who discover and create in these pages a visionary poetics for our time. 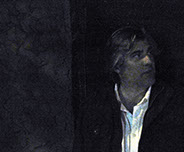 tt moved to New York from the Mid-Western State of Wisconsin in the early 80s. He is the author of numerous poetry collections, most recently Three Sea Monsters, Ononyxa & Therseyn and the novel Gowanus Canal, Hans Knudsen.