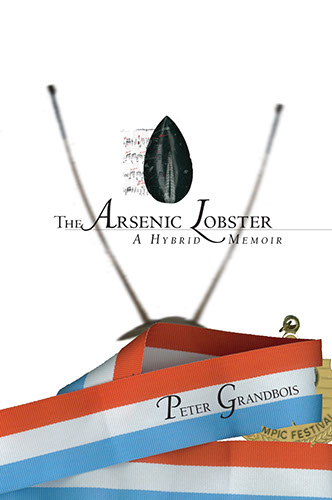 In The Arsenic Lobster, Peter Grandbois demonstrates a hard-won understanding of Lorca’s avowal that “The true fight is with the duende.” In this formally innovative and lyrically stunning memoir, Grandbois transports us through a series of obsessions with disciplines of the utmost rigor—the sword, the guitar,the pen—until the self achieves immolation in the service of art. That trace of smoke we smell at the book’s conclusion announces the baptism of a newly created thing.

Joshua McKinney, author of The Novice Mourner and Saunter

In Peter Grandbois’ ‘hybrid’ memoir the materials of his suburban anomie are cut apart and thrust into arresting and disturbing juxtapositions. Passages of spiky adrenalin play against a melancholic, duende-driven introspection as identity is assembled and re-assembled in a strobe-lit chamber.

Sven Birkerts, author of The Gutenberg Elegies and My Sky Blue Trades

In this hilarious and poignant tour-de-force, our hero is caught in a maze of simulacra, the mirrored hallways of America gone mad. The hero’s quest is to smash the mirrors around him — will his sword work?  Could a guitar’s chords shatter the glass with its rising duende?  How can he demolish the specular artifice to find the scene of his real selves?  But what is the real? And how do we get there, when there is no one to drive the car.

Eleni Sikelianos, author of Body Clock and The California Poem

As dangerous as its title, Grandbois’ memoir moves at neck-breaking pace to heart-breaking effect. A champion fencer in one of his lives, he turns the genre on his foil and drops it on its head in defiance of preconceived notions about growing up in the suburbs. So many, the risks he takes --and lives to tell the tale --only to take them all over again in prose that is vigorous, funny, and ultimately exhilarating.

Dinah Lenney, author of Bigger than Life: A Murder, A Memoir 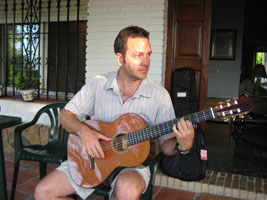 Peter Grandbois is the author of The Gravedigger (Chronicle Books 2006), which was chosen for both the Barnes and Noble "Discover Great New Writers" and the Border's "Original Voices" programs and the PEN nominated translator of San Juan: Memoir of a City. His short stories have appeared in numerous journals and been shortlisted for the Pushcart Prize. He is a professor of creative writing and contemporary literature at California State University in Sacramento.