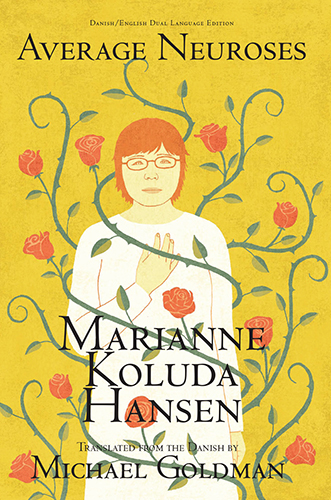 The whole blooming and exasperating world is here in Hansen’s delightfully associative poems, translated from Danish by Michael Goldman with great élan. Hansen’s voice is full of wit, longing, irony (both personal and political), and tender detail about the absurdity of being human. Thrillingly, Hansen has zero interest in presenting herself as an admirable person, which makes me deeply cherish her poems, and helps me to go on being my likewise unadmirable self in this beautiful and impossible world.

Patrick Donnelly, poet and translator, author of The Charge, and Nocturnes of the Brothel of Ruin

Hansen writes movingly about insecurity and anxiety. Her voice is a solitary one, but she taps into a most universal desire—to be accepted by those around us. At the core of the collection is the poet’s struggle to maintain an emotional balance in the face of the extreme beauty and pain of everyday life.

With skillful irony Hansen skewers pretentiousness, including herself as a target. It is liberating to read an author who can be self-deprecating and laugh along with the reader. Then she can turn the mood on a dime, to seriousness so poignant that the laughter or smile stiffens on your face. Highly recommended.

Hansen transports the reader to that raw place between tears and laughter. She illuminates the causes of our struggling so that our actions are no longer struggles, but natural and completely understandable.

Of course we need seriousness. But once in while it’s nice to meet an author who dares to pin it up with a smile.

Average Neuroses is a remarkable collection of poetic narratives full of brutal honesty, sardonic wit, and wry humor. Hansen’s insight into the desperation and routine of conventional lives—such as her own, which she characterizes as “too good to throw away / and too boring to keep”—is profound: heartbreaking and hilarious all at once. This Danish poet pulls no punches; I admire her and her poetry, beautifully translated by Michael Goldman.

Randi Ward, author of Whipstitches and winner of The American-Scandinavian 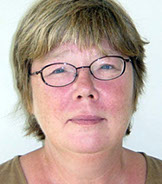 Marianne Koluda Hansen (1951-2014), born on the island of Bornholm, lived most of her life in Copenhagen, Denmark, where she wrote four books of poetry and one novel. She received her teaching degree in 1979 and taught English and Danish at a school for adults for 30 years.  Also, she was an artist who held several exhibitions.

Founder of Hammer and Horn Productions, Michael Goldman promotes and translates works of Danish literature. He has received numerous translation grants for his work with 6 distinguished Danish writers. Over 100 of Goldman’s translations of poetry and prose have appeared in literary journals such as Rattle, World Literature Today, and The International Poetry Review. The Midwest Book Review calls his series of poetry audiobooks “superb choices for connoisseurs of multicultural poetry, worthy of the highest recommendation.” His translated book publications include Farming Dreams by Knud Sørensen, Fragments of a Mirror by Knud Sønderby and Stories about Tacit by Cecil Bødker.  He lives in Florence, Massachusetts, USA. hammerandhorn.net