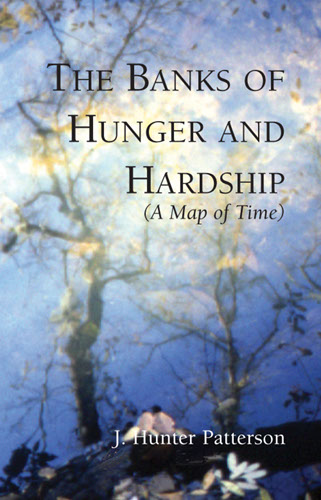 The Banks of Hunger & Hardship

edited and with an introduction by Tom Patterson

A richly evocative, adventurous hybrid of memoir and visionary prose-poetry, it’s a coming-of-age story as well as a meditation on mortality—and immortality—compellingly told in a singular voice.  By turns poignant, humorous and hallucinatory, the book vividly recalls the author’s experiences in the Georgia creek swamp that he extensively explored during his childhood and youth, following him into the larger world he entered as an adult and the more unpredictable landscape of his dreams and his elaborate imagination.

Rare indeed to find someone so able to read the text of his or her physical life with such poignant clarity.  In these articulate reflections the literal worlds of water and woods become the informing spirit of sustenance and survival.

John Hunter Patterson (1955-1996) spent his childhood and youth in Dublin, Georgia, where he developed strong interests in nature and Native American history. As a teenager he began writing seriously, and in 1977 he earned a bachelor’s degree in modern languages from St. Andrews Presbyterian College in Laurinburg, North Carolina. He went on to earn a law degree from the University of Georgia in 1985. Although he wrote prolifically for more than half his life, he made his living researching land titles, and he chose to let his irrepressible literary habit remain an avocation. His only previous publications have been his chapbook, It Is Okay to Sleep Now (Curveship Press, 1977) and several poems and short prose pieces published in the 1970s and 1980s in small-edition literary magazines.

Having lived at various times in Mexico, Mississippi, Alabama, Costa Rica, and Montana, he spent most of his adult years in Atlanta, where he died after a month-long illness brought on by side-effects from chemotherapy drugs that are standard treatment for individuals diagnosed with antibodies to HIV, as he had been in 1992. Written in his last two years, The Banks of Hunger and Hardship is the only completed novel among his surviving writings that include short stories, experimental prose works, and several hundred poems.