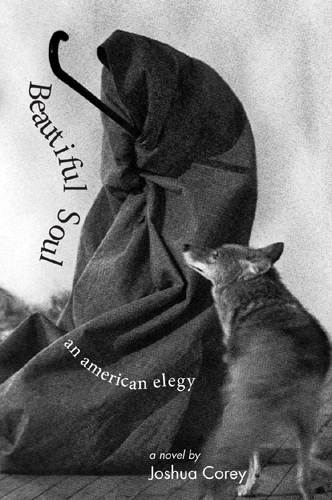 a novel by Joshua Corey

This powerful novel, which pays out its rewards gradually, carefully, but also crisply, dare I say electrically, may be Joshua Corey’s first, but it feels exactly like the highly satisfying product of the fully formed imagination that birthed it. All of Corey’s hard-earned skill as a poet is put here to useful work. The push-pull between stunning language and inventive narrative is pure pleasure.

Joshua Corey’s Beautiful Soul offers a swirling, shadowy cosmos lit by intelligence, urgency, and heart. Its swirl is cinematic—“estranged and operatic”—but never at the expense of the body, be it the bitten nipple, or the “bloody middle” of history. I especially admire Corey’s conjuring of Ruth: fulcrum of readerly empathy, inheritor of mysterious and difficult histories, navigator of the present’s strata, honorary “new reader.” Go on her journey with her; “the book is waiting.”

All the beauty of the world is in the flow of each living person’s narrative, from moment to moment, and the way these stories also encompass the ghosts of the past—this is the angle of incidence Joshua Corey is attempting to recreate in a novel as precisely defined as the images in a mirror and as diffuse as the colors and shadings in a prism. Beautiful Soul, with its ever-shifting parameters, from periphery to center and back again, is a testament to the infinite longing for something or someone who isn’t there, the last word on a world where everything matters. 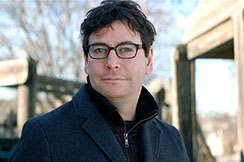 Joshua Corey is the author of four books of poetry: The Barons (Omnidawn Publishing, 2014), Severance Songs (Tupelo Press, 2011), Fourier Series (Spineless Books, 2005), and Selah (Barrow Street Press, 2003). He lives in Evanston, Illinois with his wife and daughter and is an associate professor of English at Lake Forest College. This is his first novel.